Betfair has partnered with Manchester United for its latest campaign, “Stars and Strikes”, as part of an integrated awareness drive for its mobile service, Betfair Mobile.

The campaign’s centrepiece, a YouTube spot, features six Manchester united stars, including Dimitar Berbatov, Ashley Young and Patrice Evra, competing against one another to see who can knock down as many bowling pins with a football in 40 seconds.

Taking footballers away from the pitch has yielded some great results for agencies and clients over the years from Bobby Moore appearing in a spot for the local pub in the 60s to Pele advertising viagra, Pitch takes a look at ten memorable ads featuring footballers.

We kick off (sorry) with one of the more recent ads on the list, featuring Jamie Redknapp and his missus Louise for holiday firm Thomas Cook. The cheddar-drenched spots, which were produced by Campbell Lace Beta, spearheaded an integrated campaign back in 2009, that did its best to sell the idea that the multi-millionaire pair would really book a once-a-year trip to Majorca with Thomas Cook, like us regular folk.

In 1995, Walkers and AMV BBDO convinced ex-England striker, Gary Lineker to front its new TV campaign. The relationship has lasted 16 years, with the Pepsi-owned brand introducing several co-stars, including Terry Venables, Lionel Richie and a crying Gazza in that time, in attempt to keep things fresh. Indeed, such is old jug ears association with Walkers that the brand chose to temporarily rename the MOTD presenter’s favorite flavor of crisp to Salt ’n’ Lineker.

The Chicken Tonight spots, feature Arsenal and England’s Ian “Wright Wright Wright” dressed up like Hugh Hefner, but sounding like Lesley Phillips as he sung the catchy ’Chicken Tonight’ jingle. The spots were first produced by McCann Erikson in the UK, followed by DDB. As the face of the brand, Wright does his best to convince audiences that the ’sizzle and stir’ sauce is of a more sophisticated variety to competitors. It was the first interactive ad in the UK, enabling viewers to apply for a voucher if they pressed the red button during Wright’s chicken dance.

It wasn’t all doom and gloom for Gareth Southgate in 1996. The England international managed to convert his Euro 96 semi-final penalty-miss into a tongue-in-cheek advert for the pizza-chain in the same year. Supported by chums, Stuart Pearce and Chris Waddle, Southgate is able to lift a bag of shame off his head and enjoy a nice slice of Pizza Hut’s finest.

Nintendo were keen to push the family values of its Wii console in 2007, and what better family to go to but the uber-competitive Wrights. The ad, which was produced by Adam & Eve, tugs at the heartstrings as Ian and son, Shaun, play a round of Wii Tennis, giving viewers an unprecedented behind-the-scenes look at life with the Wrights. Things take a turn for the worse however, once the former Crystal Palace striker is beaten, as he throws a wobbly and storms off.

T-Mobile and Saatchi & Saatchi’s universally acclaimed ’Life’s for Sharing’ campaign roped in Peter Crouch, for this YouTube spot in 2009. The former Portsmouth player proved he’d moved on from the robot dance that made him popular with a series of brand spanking new moves. The lanky one fulfils his contractual agreement of briefly doing a bit of robotics, like a good sport, before doing the T-Mobile dance to Yazz’s 80s classic, ’The Only Way is Up’.

Before the hand of Henry shattered Ireland’s hopes of progressing through to last year’s World Cup finals, the former Arsenal star was one of the coolest guys in sport. Renault and Publicis recognised this and managed to use it their advantage in 2002, with the creation of one of the best car advertising phrases ever, Va Va Voom.. Perhaps for Ireland fans though, the writing should have been on the wall years prior to their controversial encounter, as the Frenchman declares to the audience in the spot, “Look I don’t make the rules’ before aptly shrugging his shoulders.

It’s a return to the decade that style forgot for the next ad. A time when men’s grooming was as simple as jumping in the shower before manly drenching in Brut. It decided that the testerone-fuelled duo of former England manager Kevin Keegan and British boxing-legend, the late, Henry Cooper, was enough to boost sales for the men’s grooming product at the time. Mullets, skipping, showers, this is multi-gender targeting at its finest. Old Spice Guy who?

Imagine the scene in the Danepak marketing meeting. The team are sat cosliy around a table, sounding out ideas for their next TV ad, wondering how they’re going to shift loads of bacon. One of the team pipes up suggesting, “Lets dress Peter Schmeichel up as an old fashioned butcher and have him sing and dance with loads of other butchers’. The result is 30 seconds of pure awkwardness. Check out the spot, by Hooper Galton, and marvel at the all-conquering combo that is Peter Schmeichel and bacon, what’s not to love.

For Mars’ 2010 World-Cup promotions they turned to Liverpool legend John Barnes to re-record his rap in ’World in Motion’, New Order’s official song for England’s 1990 World Cup campaign. With the Inbetweeners Blake Harrison filling in for Keith Allen, the ad, by AMV BBDO, was part of a wider campaign around the tournament. All together now: “Catch me if you can, ’cos I’m the England man…” 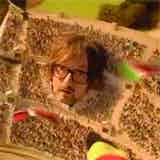 Eurostar’s first pan-European ad campaign launches in the UK tomorrow (1 October). The campaign, to support the train operator’s sponsorship of the London 2012 Olympics, stars Jarvis Cocker, French film director Michel Gondry and Belgian musician Arno Hintjens. Eurostar has deliberately avoided use of Olympic athletes because so many other sponsors’ ad campaigns follow the […] 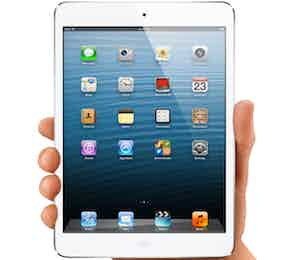 Today (6 October) Apple lost the inspiration and leader behind many of its iconic products and marketing campaigns, Steve Jobs, who died aged 56 after a long battle with cancer. By way of a celebration of Steve Jobs’ life at Apple, Marketing Week looks back on the company’s TV advertising landmarks. Apple’s first ever ad […]