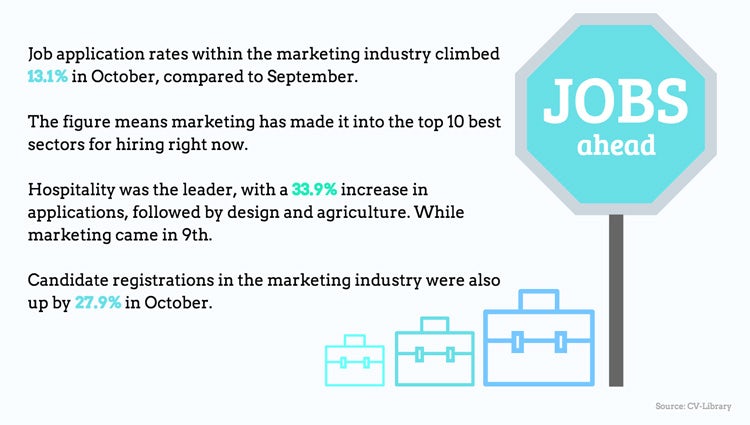 The figures mean marketing has made it into the top 10 best sectors for hiring right now. Hospitality was the leader, with a 33.9% increase in applications, followed by design and agriculture. Marketing slots in at ninth.

Candidate registrations in the marketing industry were also up by 27.9% in October. However, while salaries have climbed consistently during the past few months, average pay fell in October. 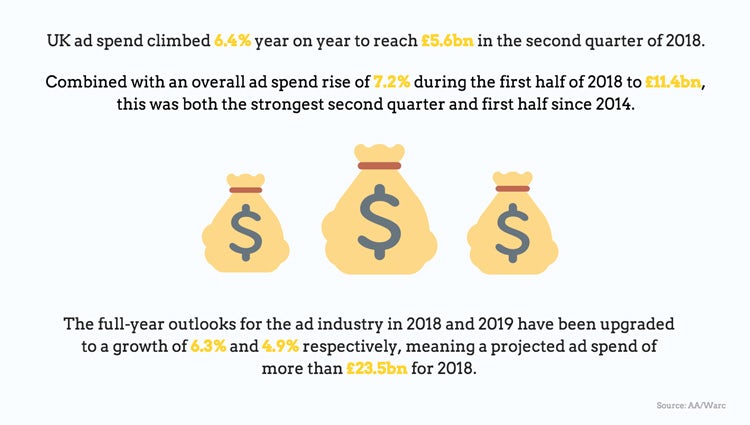 UK ad spend climbed 6.4% year on year to reach £5.6bn in the second quarter of 2018, marking the 20th consecutive quarter of growth.

Combined with an overall ad spend rise of 7.2% during the first half of 2018 to £11.4bn, this was both the strongest second quarter and first half since 2014.

Market growth is being driven by increased spend on online advertising, including for news brands, magazine brands, broadcaster video-on-demand and radio station websites. As a result, online ad growth this year has been upgraded to 13.3, meaning more than £13bn will be spent on online advertising in the UK in 2018. 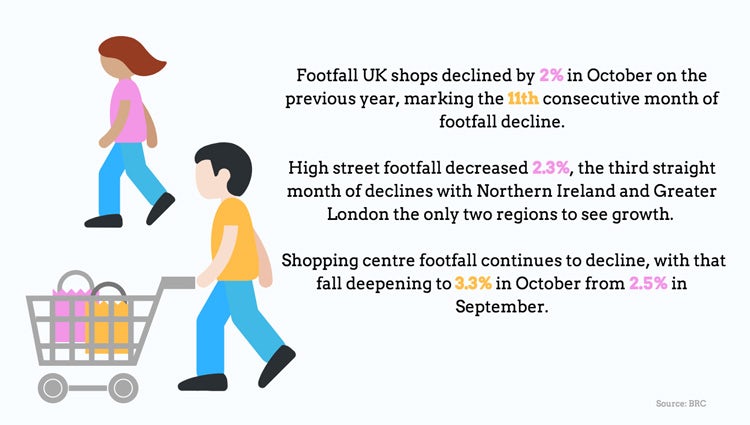 Footfall in October declined by 2% on the previous year, marking the 11th consecutive month of footfall decline, as consumers put off shopping in anticipation of Black Friday deals.

Meanwhile, shopping centre footfall continues to decline, with that fall deepening to 3.3% in October from 2.5% in September. The latest drop marks 19 months of decline, with no geographical region experiencing growth. 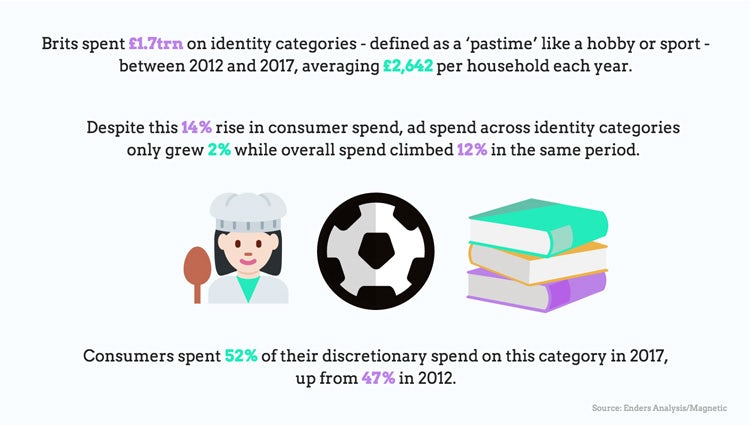 Despite this 14% rise in consumer spend, ad spend across identity categories only grew 2% while overall spend climbed 12% in the same period.

Consumers spent 52% of their discretionary spend on this category in 2017, up from 47% in 2012. The rise is reflected in the membership of clubs in the UK. For instance, between 2012 and 2017 British Cycling’s membership based increased by 138%, and the number of book clubs doubled to 3.9%, while political party membership also grew by 120%.

People associate their passions as being a key part of their identity, with 62% of Brits saying they can’t resist spending on their passion.

5. Mobile ad spend to surpass all forms of traditional media in the US by 2020 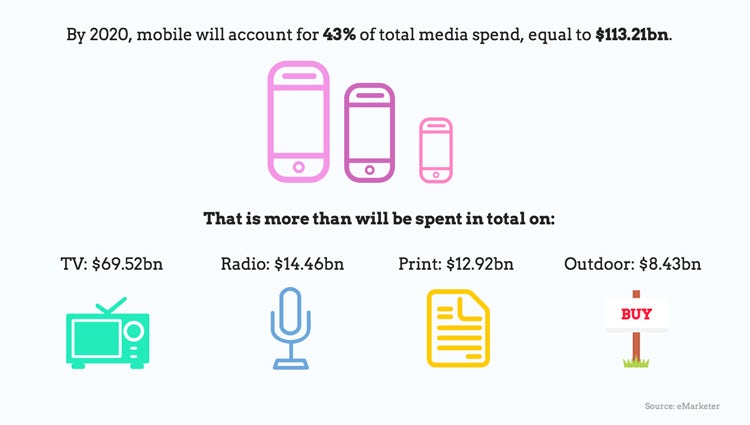 Spend on mobile advertising is expected to exceed spend on all forms of ‘traditional media’ in the US by 2020. 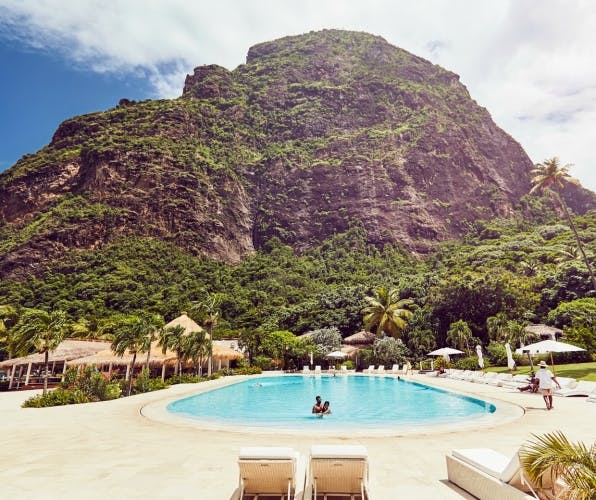 Virgin Holidays’ personalised approach to email marketing helped it achieve a 49% boost to revenue driven from the campaign, equating to £17.3m. 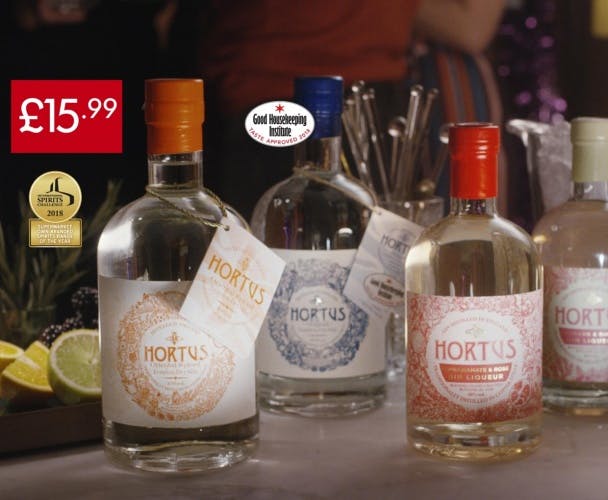 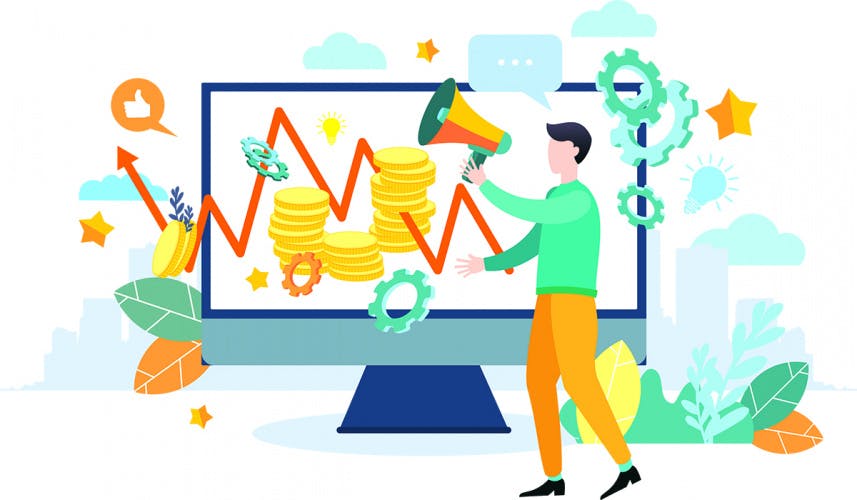