Sporting stars including Theo Walcott of Arsenal, and Inter Milan player Mario Balotelli star in online films and a 30 second TV ad, created by agency 72andSunny, that will break out across Europe on 23 August, under the tag line ‘Be the revolution of you.’

The sports stars appear alongside music artists talking about reinventing their personal style, and the campaign aims to encourage consumers to do the same.

Consumers are also invited to create and upload remixed video clips of the sports stars via an interactive platform on Foot Locker’s European site, created by digital agency AKQA. Foot Locker plans to air the best remix on TV at a later phase of the campaign.

The Nike Air Max 90 featured in the campaign is a colour scheme available exclusively at Footlocker.

In June Nike promoted Gino Fisanotti to head up marketing for the UK and Ireland, replacing Simon Pestridge, who moved to the role of global brand director.

The British Retail Consortium is calling for a scrappage scheme for old domestic appliances such as fridge-freezers, similar to the ‘Cash for Bangers’ programme the car industry benefited from. 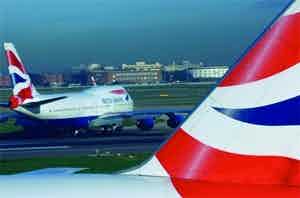 British Airways is developing its plans for third party advertising on its properties and is also readying a return to television advertising with a brand campaign.