It’s safe to say that Microsoft’s $7.2bn acquisition of Nokia has been a failure. Before yesterday’s (8 July) write down, Microsoft had already laid off a third of Nokia’s staff while waving goodbye to top executives including business unit head Stephen Elop.

The 9.16 million units shifted globally in Q1 are also still some way off the 261 million Android smartphones and 61 million iPhones sold during the same period.

But does today’s move suggest Microsoft – which has recently started to bring its core services such as Word and OneDrive to iOS and Android – is planning an escape route from the smartphone business altogether?

“Definitely not,” responds Francisco Jeronimo, research director for European mobile devices at IDC, “for the future, Microsoft wants to go to business enterprises and offer a full integrated package – smartphones sit within that.”

However he concedes that Microsoft will become more business and less consumer focused when it comes to phones.

Jeronimo says Microsoft is actively scaling back its smartphone operations as internally it has conceded it was “too late” in entering the market and knows it will always struggle to compete with established players as a result.

“They came too late into the space as everyone was already on Apple and Android – it took a lot of time to attract developers and key apps as a result,” he adds.

“The brand has failed because they just haven’t invested enough at the point of sale. Nobody knows what makes a Windows Phone unique while there’s Apple stores up and down the high street passionately talking up the iPhone. Phones will continue to be a part of the cross-platform strategy for Windows 10 but not a significant part.”

Since its acquisition of Nokia’s handset business, Microsoft has had a muddled smartphone proposition. First it said it would keep the Nokia brand, then it got rid of it in favour of its own “Lumia” branding.

Then having named its mobile operating system Windows Phone it changed its mind, deciding to roll the platform into its cross-platform Windows 10 ecosystem. Windows 10 Mobile is set to launch in October.

Joe Kempton, Canalys researcher, says that story – of tying all its devices into one Windows 10 brand – is one it must communicate if mobile sales are to pick up.

He adds: “The whole idea of tying Windows 10 into multiple devices – whether that’s a tablet, phone, xbox or the cloud – is a massive story that Microsoft must advertise prominently if the next flagships devices are to ever take off.”

But if that strategy is to succeed, Jose Espinosa, client partner at tech-focused agency Connect, says Microsoft must quickly establish a USP through its marketing.

He said: “Microsoft failed to establish its own consumer proposition as much of its brand communications, such as the infamous “Don’t Fight” ad, focused too much on what it isn’t and not enough on what it is. That has to change for the Windows Phone if it’s to stand out against the features-based marketing of an Apple or Samsung.”

Kempton says that Microsoft has seen a lot of success in India and China with its more basic entry level smartphone devices, and could see those two markets as a back up should its Western sales continue to fail to ignite.

“Its value and flagship device divisions have survived today’s job cuts so I think they will start to focus more on basic devices in Asia while scaling back on flagship smartphone releases and making sure the quality is right.”

However, he adds with caution: “It is a question of profitability, it was a big mistake acquiring Nokia and there really isn’t much money investing in hardware at the moment. In the second quarter HTC, Sony and Samsung all suffered big losses so it isn’t like Microsoft is the only company reassessing things.”

My route to CMO is less conventional than most. Before stepping up to a marketing role, I worked in the transactional world of sales and before that business development. 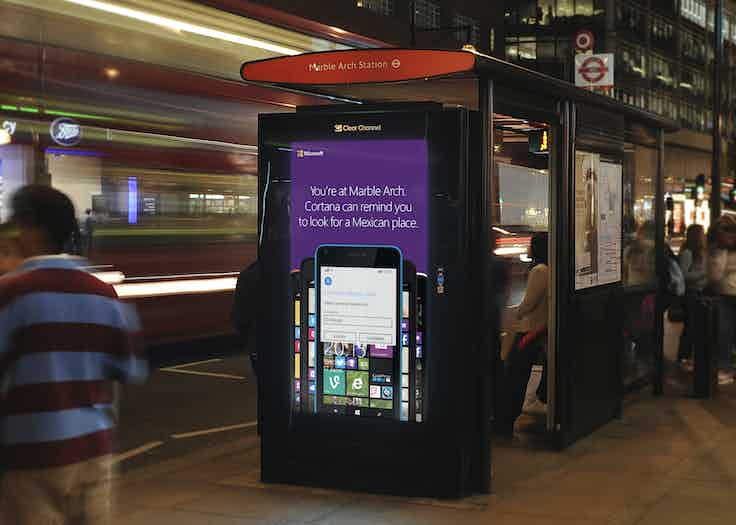 Microsoft has announced a new data-powered digital billboard campaign to promote its Cortana voice-activated personal assistant app, which will draw on local weather and events to provide passers-by with advice.