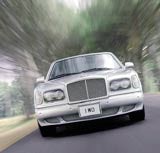 Barclays Bank personal financial services (PFS) chief executive David Roberts has been named chief executive of the Woolwich. He will continue to run the PFS division alongside his new role.

The Diary, renowned far and wide, receives a high volume of mail from all over the world – and particularly West Africa. Reader, you would be amazed at how many youngest sons and second wives of deposed African leaders are now resident in Abidjan, de facto capital of war-torn CÃ´te D’Ivoire. Many of these poor […]

Breast Cancer Care is to revamp its marketing and communications strategy ahead of a five-year plan to double its annual donations to &£10m. The review will look at the charity’s high-profile celebrity programme and the effect this has on the public, as well as perceptions of its iconic pink ribbon logo and how Breast Cancer […]