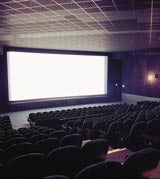 UGC Cinemas has appointed Julia Brown as its top marketer as it takes on revitalised rivals Warner Village and Odeon.

Brown heads a team of eight at UGC and reports to commercial director Mike Thomson. She will develop the chain’s marketing strategy and oversee agency relationships. Clinic creates UGC’s advertising and MediaVest UK handles media planning and buying. UGC spent £622,000 on advertising in the year to June (Nielsen Media Research).

The chain has been put up for sale by French owner Vivendi Universal and the company has received offers from at least two venture capital companies. Rival chain Warner Village was bought by a venture capital consortium in May and is to be rebranded as Vue in a £2m exercise. In March, Odeon was sold to a syndicate led by German bank West LB.

UGC Cinemas launched a free monthly magazine for its customers last year, with a print run of 350,000 (MW October 14, 2002). The chain also pioneered the cinema loyalty card: its Unlimited Pass costs £9.99 a month.

The deadline for entries for the British Market Research Association (BMRA) Business Effectiveness Awards, which is sponsored by Marketing Week, has been extended to the Friday (July 18). For further information please call Jacky Ward on 020 7566 3636 or visit bmra.org.uk.

Fujitsu Siemens has appointed Garry Owen to the post of head of enterprise marketing as part of a restructure in its UK operation. Owen previously held the position of head of enterprise business product management for Europe, the Middle East and Asia at IT rival Dell, which he left in February. He is the second […]

Dutton Merrifield, the design and branding agency, has been appointed to work for new directory enquiries service The Number 118 118…