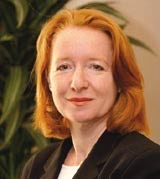 Whom do you trust more, governments or brands? Politicians, even those elected on huge majorities, often fare dismally in opinion polls. Well-known brands, on the other hand, have a habit of doing rather well, with the star performers notching up approval ratings that politicians could only dream of.

In reality, of course, such comparisons are unfair, meaningless even. Governing a country is a lot more complicated than managing a brand. For a start, the mandate we confer on politicians goes wider than that for brands. Governments have more responsibilities, more interests to weigh in the balance and more opportunities to make unpopular or divisive decisions .

By comparison, the task for business leaders seems straightforward: find out what people want and make sure they get it. But is the distance between the political and the commercial world as great as we think?

Deborah Mattinson, joint chief executive of Opinion Leader Research, believes not. In a paper delivered with her colleague Graeme Trayner at the Market Research Society’s conference, Mattinson claims that political and commercial worlds are drawing closer together, to the extent that “companies are now assessed in much the same way as politicians and government departments.”

Symptomatic of this trend are the media furores surrounding corporate misdemeanours, the advent of “corporate citizenship” and the assumption that companies have obligations that extend “beyond profit and shareholder return”.

Drawing parallels between the “inordinate” influence exercised by campaigners against the MMR vaccine and activists targeting Nike and Gap, Mattinson calls on brands to adopt the “permanent campaign” approach of politics. By employing such a tactic they would have the opportunity to garner the goodwill of consumers and obtain “an ongoing franchise from society for their actions and behaviour”.

With the permanent campaign, through skilful use of language, and the adoption of “symbolic policies”, businesses will be able to position themselves as “the visionaries of the future” and shape public agenda to their benefit.

But as a preliminary to all this, companies need market research (MR). Citing examples of where the approach has produced dividends, Mattinson highlights, in the political sphere, the sale of council houses by the Conservatives, and in the corporate world Tesco’s computers for schools scheme.

The central thrust of the paper – that consumers have become more critical of corporations and more aware of the social context in which they operate – is well supported. According to MORI, about half of us believe that it is very important for companies to demonstrate a high degree of social responsibility – virtually double the level in 1997. What is less clear, however, is what this implies for brand strategy.

Moral scruples do not appear to exert much influence over the choices consumers make in the supermarket. If they did, we would expect Fairtrade coffee, for example, to be a mass-market brand, not a niche one that accounts for less than per four cent of the total market. “There’s little evidence that consumers make a strong association between the brand they buy and the actions of the corporation that stands behind it,” says David Burrows, director of research agency Flamingo International and a spokeman for the Association for Qualitative Research.

Even if we accept the premise that attitudes are changing, it is by no means certain that symbolic policies will do much to impress ethically-minded consumers.As Jonathan Hall, a partner at brand engagement company Circus, says: “A policy that gives expression to the values a firm has at its core can be genuinely inspiring.”

But, he adds, consumers have a talent for sniffing out inconsistencies: “A PR exercise that’s at odds with things that are happening elsewhere in the organisation is more likely to turn people off.” So, what function does MR fulfil?

The crucial issue is what companies actually mean by corporate social responsibility (CSR). For some – the classic example being The Body Shop – acting in a socially responsible way is an expression of the personal values of the founder, part and parcel of why they are in business. To such businesses, MR is irrelevant. As Richard Reed, co-founder of Innocent Drinks, another ethically-oriented firm, puts it: “You don’t need an MR programme to find out what you believe in.” 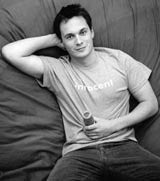 For the majority of companies, however, CSR is a response to external pressures, an attempt to turn a necessity into a source of commercial advantage. And the irony is that, as consumers, we are quite comfortable with the situation.

Analyse the credentials of many of the most successful CSR initiatives, and it is apparent that they base their appeal not on our altruistic desire to do good to others, but our desire to do good to ourselves and our own. A classic example of this is Tesco’s much praised computers for schools scheme, which taps into our desire to educate our children, or simply to live in a society that functions well.

“As consumers we like to be associated with companies that do good, but we prefer programmes where we can see a direct benefit to ourselves too,” says BMRB Stakeholder Solutions director Lynne McClymont.

If we accept that much of what passes for CSR is, in reality, clever marketing, then clearly MR has a role to play in shaping the agenda. To maximise the return from CSR activity, or simply manage bad press more effectively, brand owners need to understand how they are viewed. This goes for society at large, and the various stakeholder groups of which societies are composed – consumers, shareholders, environmental activists, employees, politicians and media – since each of these groups will put a different slant on what it means to be a good corporate citizen.

BrandEnergy Research managing director Peter Hutton says: “Research holds a mirror up to your reputation. It allows you to find out whether it is your brands, your management, your financial performance, your industrial relations, your ethical policy or your cause-related marketing that get you noticed, and by whom.”

At the most basic level, then, MR enables businesses to allocate their CSR budgets to better effect and present themselves more persuasively. It can also reduce the risk of PR blunders by highlighting the things that a brand can and cannot do with credibility. For instance, the computers for schools scheme works for Tesco. But, the same programme might well backfire on McDonald’s because of the link people make between fast food and childhood obesity – just as the tokens for sports equipment initiative rebounded on Cadbury.

McClymont says: “Many businesses get themselves into difficulty because they misread the situation. If Cadbury had done more research, it might have anticipated the reaction that its scheme provoked.” So is it all about opportunism and damage limitation?

Opinion Leader maintains that MR can, and increasingly will, fulfil a higher purpose. The mechanism for achieving this is “collaborative consultation”, a concept borrowed from political research. The paper argues that rather than simply canvassing public opinion on contentious issues, brands need to involve consumers in extended “deliberative events”. These would help them gain greater understanding of consumers’ concerns, identify common ground and work towards “shared solutions”.

As a concept, the shared solutions approach to MR has its appeal. In the public sector the technique has been used in areas as diverse as healthcare, education and provision for the elderly. In brand marketing, advertisers increasingly involve consumers in the design of new products and brand positioning. But when it comes to CSR, brands rarely engage with their critics, other than in the context of damage limitation, undertaken in the wake of some all-consuming PR disaster. And with good reason.

In brand development, marketers and consumers share a common interest: to come away with something that consumers want to buy. But on CSR issues, the interests of brands are often at odds with those of other groups.

In a recent paper, Mark Goyder, director of the Centre for Tomorrow’s Company, drew a helpful distinction between companies that practise CSR out of conviction and those for whom it is a matter of compliance. Whether we are seeing a trend away from the latter to the former, as Goyder suggests, is a moot point. But, somehow, it seems unlikely.

In the absence of strong sanctions from society, we should expect that brand owners will continue to do what they have always done: pollute and deplete the environment, cut corners to minimise costs, and find ways of fostering dependency on their products.

They will do this not because they are inherently bad, but because like countless businesses in the past, they fear the consequences of behaving well while their competitors are still at liberty to behave badly.

Within this moral framework, MR occupies a position of neutrality, as a tool that can be used to shore up the status quo or to build the case for reform. What will bring change about, however, is not some moral conversion on the part of business, but tougher regulations and more intense pressure from activists, the media and, most importantly, ordinary consumers.

In other words, to paraphrase Wally Olins, as a society, we elect the brands that we deserve.