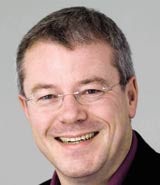 A year or so ago, media neutral planning was all the rage in the media trade press. More recently, things seem to have gone very quiet, presumably because media neutrality is no longer big news: most media agencies are quietly getting on with doing it.

Neutrality is all about ensuring that good practice exists in media planning, founded upon the bias-free selection of media channels to provide the optimum channel mix to reach the consumer. If media neutrality is a prerequisite of good inter-channel planning (between different media) it should also be a prerequisite of good intra-channel planning – between media brands within the same medium.

For instance, in the case of television, the growth in the number of TV channels available means that a media neutral planning approach needs more than ever to be adopted in defining the channel mix. Of course there are many factors in media buying, such as agency deals, share deals and so on, that weigh against a media neutral approach. Fundamentally, however, the plan should be founded upon nothing but the optimum way to reach the target market.

The split in many media agencies between buying and planning means that more often than not the final channel selection is left to the buyers rather than the planners. As audiences increasingly fragment, there is logic in giving planners a more prominent role.

The days when only ITV provided the big ratings on a schedule are definitely gone. In the first quarter of 2005, ITV1 provided just over 25 per cent of 16- to 34-year-old television audiences. Reaching young adult audiences on TV is, in many respects, easier than ever, but the TV landscape now looks very different from how it did ten years ago.

So what things need to change? Surely one target is the prevalent approach to intra-medium planning. Planning TV advertising needs increasingly to involve techniques that traditionally have been the preserve of media planners, rather than media buyers. More and more, it is possible to use attitudinal, life-stage, lifestyle and other data in addition to demographics, as an aid in planning. Building a TV schedule is becoming more akin to building a magazine schedule, making TV planning much more exciting, and less an exercise in filling the blank spaces on the buyer’s plan.

Some media agencies have already embraced these changes, and more buyers in some agencies are performing planning roles. More sophisticated planning models are also being used to ensure that channel, programming and more recently platform mix are optimised. Perhaps in the future these sophisticated planning tools might even start to affect the budget allocation by channel. Now that is what I would call a radical result from media neutral planning.