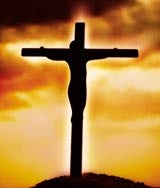 Marketing directors are among the executives most vulnerable to flak, blame or even the sack, given the difficulties in assessing the contribution of their activities to a company’s profits. The high-profile nature of their output – often multi-million-pound advertising campaigns – means it is easy to point the finger at them if the ads they commission don’t go down well with the public.

Top marketers rarely last long in their jobs – many stay for a maximum of a few years before leaving for pastures new, or mysteriously disappearing from view “without another position to go to”. There are seldom many indications as to the true reasons behind their departures.

Booted by the board

But some observers say that it can be frighteningly easy for rival executives in a company to lay the blame for failures at the door of the top marketer. Marketers can be hung out to dry for problems that are not of their own making, or may leave of their own accord when they discover that the job they were hired to do was not quite what they were led to believe. Industry opinion is divided over whether marketers tend to be unfairly crucified for others’ mistakes or whether, more often than not, they get what they deserve.

Belinda Furneaux-Harris, marketing director of The Sun and the News of the World, has just been ousted from her job after just seven months in the role (MW last week). The Sun’s circulation has been in steady decline for a number of years, in line with a general fall in newspaper sales. Last December, the tabloid’s circulation reached a 30-year low of 3.28 million copies. Since Furneaux-Harris took up the marketing director’s job last September, circulation has fallen by 125,000 copies, and is now 3.33 million. But a spokeswoman for News Group Newspapers refuses to comment on whether the marketer was made a scapegoat for falling sales. She will only say that Furneaux-Harris left after “a disagreement over strategy” with NGN general manager Richard Webb. Furneaux-Harris was unavailable for comment as Marketing Week went to press, and Webb – who will take over Furneaux-Harris’s responsibilities for the time being – did not return MW‘s calls.

One industry source says tabloid marketers tend to have a short career span because they mistakenly believe they will be allowed to carry out brand-building campaigns for the papers, when in reality this is the role of the editorial team. Marketers are reduced to overseeing short-term promotions, which can be humbling for executives who have honed their skills in the packaged goods sector, or in other markets where they have ultimate power over building the brand. Nonetheless, the high turnover of tabloid marketers does not deter new ones from rising up to take the place of their fallen colleagues. Perhaps, given the high salaries they can receive – and the high payoffs they get for premature departures – this is not so surprising.

Last week, it emerged that Mitsubishi Motor Corporation has parted company with vice-president and international sales and marketing chief Steven Torok, just as the company was seeking a financial bail-out. Some have suggested Torok was sacrificed to aid the company’s search for a $2bn (&£1.1bn) rescue package, though other insiders believe he will re-emerge in a new role at DaimlerChrysler, which has a 37.3 per cent stake in Mitsubishi (MW last week).

Another marketer considered to have paid the price for corporate problems beyond her control was Abbey National retail marketing director Janet Connor, who was sidelined in a management shake-up after the bank’s top management embarked on an ill-fated expansion programme. Sainsbury’s also moved marketing director Kevin McCarten to stores director after the unpopular 1998 Value to Shout About campaign – featuring John Cleese hectoring store staff – backfired.

Paul Cousins, a director of marketing consultancy Catalyst and himself a former marketing director, agrees that marketers are often unfairly crucified for corporate mistakes or a failure to hit sales targets. “But quite often they deserve it,” he adds. “The ugly finger of blame is often pointed at the marketer, but you can find they really are at the root of all the problems. They see their job as being to generate change, but often they are not that experienced. If there is a mess-up, they pay the price.”

Cousins believes, however, there is sometimes a conspiratorial attitude in a company, which ensures that marketers take the blame. Marketers are often unafraid to take decisions and have an overblown sense of their own worth. He recalls one company in which a junior brand manager was asked to sign off a decision to spend over &£1m on new machinery, even though it was quite outside that executive’s area of knowledge. “There are not many decisions that do not have a marketing manager’s signature on them, because other people won’t make a decision. The marketer often signs because of their relative youth and inexperience. It is naivety.”

But this naivety means that marketers can get easily caught out by the wrangling of corporate politics.

One senior marketing director, who asked not to be named, believes that in the struggle for recognition between marketer and sales director, the salesman will often win out. “Sales directors are the masters of spin; they are the smoothest, slimiest people in most organisations. They are sharp-suited smooth-talkers and are good at ensuring marketing people take the blame for falling sales,” he says.

He adds that in many packaged goods companies it is quite easy to blame a missed sales target on failures in marketing, when in reality it may be down to the inability of sales executives to cut deals in negotiations. “Sales people are good at wriggling out of blame and targets,” he says.

Marketers can also be made to carry the can for failed product launches, when in reality it is their bosses who are pushing them to come up with a successful new brand or extension of an existing product. After the Persil Power debacle in the mid-Nineties, when the newly launched Lever Brothers laundry detergent was ambushed by rival Procter &amp; Gamble, which produced evidence that the product’s manganese accelerator rotted clothes, Lever managing director Andrew Seth soon took early retirement. But a Lever spokesman denied his departure was related to the failed launch, which reportedly cost the company &£100m. “Seth’s departure has nothing to do with Persil Power. It is unconnected,” said the spokesman.

No crying over spilt water

There has been much speculation over whether Coca-Cola will identify a scapegoat to take the blame for the recent Dasani fiasco. The soft drinks giant pulled the product last month after it was revealed that bottles of the purified water contained higher levels of bromate ions than UK regulations allow. This came immediately after the &£7m launch was panned in the press over revelations that Dasani was in fact purified tap-water drawn from a Thames Water supply in Kent. Following the withdrawal of the product in the UK, Coke decided it was inopportune to launch it in France and Germany, and the planned European roll-out was halted.

The withdrawal of Dasani could cost Coke tens of millions of pounds, but the company says it will not seek to scapegoat any individuals for the disaster. Responsibility for launching Dasani in Europe lies with Coke’s European director of new beverages Laurie McAllister, while Coca-Cola Great Britain &amp; Ireland’s new beverages director is Patricia McNamara. A Coke spokesman says both are still in their roles and adds: “I don’t think it is a question of apportioning blame, but of understanding the problem and putting it right. The reason we are off the market is because of the quality issue, not because it is tap-water. We never communicated anything other than what it was.”

Coke’s last major product health scare occurred in Belgium in 1999, when children reported stomach cramps, vomiting and dizziness after drinking Coca-Cola. This was traced to two cases of contamination of Coke and the company was accused of dragging its feet in withdrawing the product. Shortly afterwards, there was a wholesale shake up at the company. Coca-Cola chairman and chief executive Douglas Ivester was replaced by Douglas Daft, who put marketer Charles Frenette in charge of the Greater Europe operation, removing control from William Casey, who had been in charge at the time of the contamination scare. But a Coke spokesman insisted that Casey had been planning to retire for a long time and his departure was not related to the contamination.

One source says that, in reality, most senior executives on high salaries are held to account for mistakes or poor performance in their area of responsibility. At a corporate level, the most successful managers may be those who are best at shifting the blame onto others – and it is often marketers who are on the receiving end of that blame. But a marketer’s life is not all gloom and crucifixion. Marketing directors can equally take the plaudits for a successful brand, even if their contribution is minimal – after all, it is an ad agency that creates a much-loved campaign; and the product may well be loved for what it is rather than how it is sold.