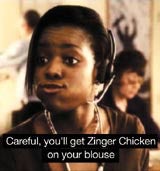 There’s no sex, violence, nudity, profanity or cruelty. It is neither lewd, explicit nor suggestive and it does not encourage bullying. In fact, the latest television advertisement for fast-food chain KFC, Singing Soul, is pretty tame by most standards.

Yet last week, the campaign became the most-criticised UK advertisement ever, with the Advertising Standards Authority (ASA) receiving more than 1,600 complaints from the public. This is twice the number of complaints received for the previous most-complained about TV ad – for Wrigley’s X-cite chewing gum – which showed a dog jumping out of a man’s throat.

The KFC execution, created by Bartle Bogle Hegarty, depicts young women in a call centre singing and eating. But it has caused national outrage because they are seen engaging in these activities at the same time, something many claim promotes bad manners. Some of the complainants say the ad mocks the emergency services and people with speech difficulties, others that it encourages dangerous behaviour with a risk of choking, while some claim that it promotes over-eating.

Even though its supporters admit the sights and sounds of people singing with their mouths full are “disgusting”, they argue that the ad is ironic. But the majority of marketers are incredulous that such an innocuous campaign has stirred up this level of revulsion among the public.

The controversy comes in the same week that Prime Minister Tony Blair made the issue of promoting respect and fighting anti-social behaviour a keystone of his third term in office. And it seems Joe Public is taking his message to heart: millions have backed Bluewater shopping centre’s ban on “hoodies”, and television programmes, such as Jackass, have been blamed for inspiring the “happy-slapping” craze. The public appears to be more willing than ever to complain about “yobvertising” promoting uncouth or disrespectful behaviour.Coca-Cola’s TV ad for its Fanta Z drink has also aroused public opprobrium.

It shows people spitting soft drinks onto the floor or dribbling drink out of their mouths to show that diet soft drinks usually taste quite bad – but not the “great-tasting” zero added-sugar Fanta Z. The ASA has received over 175 complaints about the ad (MW last week). It was launched as Home Office minister Hazel Blears gave a speech in which she said that encouraging respect is about getting young people not to spit or intimidate. She also called for families to eat meals together in an effort to foster better behaviour and greater respect.to can or not to canCoca-Cola refuses to comment on whether its Fanta Z ad is promoting bad manners, but says: “We have a long-term commitment to the responsible marketing of our products and responsible sales practices.” It says it does not promote soft drinks to under-12s and claims its target market of 16- to 24-year-olds understand that the Fanta Z ads are ironic. 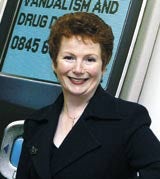 The ASA is considering complaints against both the Fanta and KFC ads. It expects to rule on the KFC ad some time in June, although this will be too late – the ad was taken off the air on May 13 and KFC says it has no plans to repeat it.Even so, advertising executives are at a loss to explain why the KFC ad has managed to irk so many. As Mark Lund, chief executive of Burger King’s agency Delaney Lund Knox Warren (DLKW), says: “It expresses the English disease: people can’t get excited about serious issues like poverty and the environment, but they can get angry about people speaking with their mouths full.”

In contrast, Sean Pillot de Chenecey, a youth marketing consultant, thinks there is a “zeitgeist” of public outrage against fast food, which has been spurred on by Jamie Oliver’s recent and popular campaign against bad school dinners. But he adds: “Here we have a classic example of ‘brand contagion’. In this case a couple of campaigns have hit our screens at exactly the moment that politicians are desperately attempting to find a scapegoat for anti-social behaviour.

“The KFC ad is gross – but in a fun way; diet drinks used to be gross – end of story. Both campaigns bring these product truths to life in an entertaining way. Parents of unruly kids may be outraged, but on this occasion I have to say ‘respect’ to the ad agencies, and ‘get a life’ to humourless New Labour and crap parents.” Both de Chenecey and DLKW’s Lund reject the idea that the ads are attempts at “buzz” marketing and getting children to repeat the actions in the ads as a way of promoting the products.parental permission

But advertisers are asked to think carefully about what messages they send out to young people. Child psychologist Pat Spungin, founder of the Raisingkids parenting organisation, finds the KFC ad “disgusting” though she believes it is the responsibility of parents to ensure that children have good table manners. But she believes advertisers must remember that there are groups of young people who do not have adequate parenting. “There are children who take their values from the media. They are only a small group, but they cause a hell of a lot of trouble,” she says. She thinks advertisers targeting the young should use “parent panels” to gauge the acceptability of their ads.KFC says it does not have “parent panels” but carries out quantitative research with Millward Brown, which questions parents about their reaction to advertising. A spokeswoman adds that the general theme of the Singing Soul campaign is to show people conversing in a warm and soulful way, using the theme “what if everyone in the world of KFC was a soul singer?” Nevertheless she says: “We are informing consumers that the advertisement was intended to be humorous and we are sorry if it caused any offence. We would never seek to encourage disrespectful behaviour and that was not the intention in this latest ad.”

Brand owners claim to give consumers what they want and must heed viewers’ new-found propensity to complain about advertising that in their view encourages uncouth behaviour. There are more important issues in advertising than showing bad manners, such as the sexist portrayal of women and the manipulation of self-image. But when the public and politicians speak, even corporations like KFC and Coca-Cola have to listen.

I write in response to Sean Roberts’ letter, “Scratchcard menace anything but phantom” (MW May 19). Camelot has a duty to maximise returns to good causes in a socially responsible way – and it is a duty we take very seriously. It is simply not in our interests for either Camelot or its network of […]

Online gambling operation Getminted.com is on the verge of switching its advertising and planning accounts, worth £1m, away from Boost. Spirit is set to take over the creative business, while Goodman &amp; Associates will be appointed to handle media planning and buying. Although the company says the decisions have yet to be finalised, the changes […]

Apax Partners, the venture capital company that counts Greg Dyke as an adviser, has made the shortlist to buy BBC Broadcast, the corporation’s transmission and branding business. The BBC is said to have whittled down 18 preliminary bids, which were made after it put the division up for auction last December, to just four. BBC […]