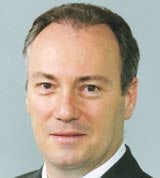 Ford Motor Company has appointed Stephen Odell as its European marketing chief. He replaces Geoff Polites, who is leaving to take over at Jaguar and Land Rover.

Odell, who only took up the role of chairman-elect at Ford of Britain at the beginning of July (MW May 5), starts as vice-president of marketing, sales and service for Europe in September.

Before taking up his current role, he was global marketing chief of Mazda, which is 35 per cent-owned by Ford, and was brought in to take over from chairman Roger Putnam, who is due to retire but has yet to announce when.

Odell, who was senior managing executive officer for marketing, sales and customer service at Mazda since May 2003, has also held sales and marketing positions at Ford in North America, Ford of Europe and Jaguar.

During his stint as vice-president for sales and marketing at Mazda in North America, Odell was involved in the “Zoom, zoom, zoom” campaign, which was later rolled out worldwide. He also oversaw the introduction of the Jaguar S-Type in North America.

Odell will report to European chairman and chief executiveLewis Booth in his new role.

Polites begins as chief executive of the Midlands-based Jaguar and Land Rover, part of Ford’s Premier Automotive Group in September.

He will report to execu- tive vice-president Mark Fields.

Polites, who has spent most of his career at Ford in Australia, replaced Earl Hesterberg in his current role.