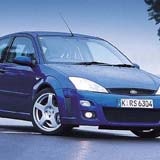 Ford claims the introduction of its SYNC and MyFord Touch technology will give Focus owners and passengers access to a secure wireless internet connection in car, at no additional cost if they use a USB modem or smartphone connection.

The car marque says that until now in-car WiFi has only been available in luxury vehicles and it will be the first to offer the technology in a family-oriented vehicle under £16,000.

Christof Kellerwessel, Ford’s chief engineer for electronic and electrical systems, says: “Ford is an automaker that is quickly becoming a personal technology company as well. We’re finding that Ford customers are tech savvy and they want to be able to use their WiFi enabled devices while on the move. A reliable in-car internet connection is therefore extremely important to them.”

The car marque also plans to launch a “huge” campaign when the technology is introduced in 2012, but no specifics have been developed yet.