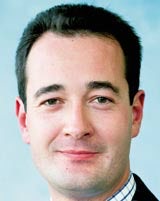 Ford of Britain director of dealer operations Steve Hood is replacing Peter Fleet as the car company’s marketing chief. Fleet has been moved to the role of director of sales, service and commercial vehicles in Europe.

Fleet, who was responsible for Ford joining the Nectar loyalty scheme last year, was promoted to director of marketing in 2002. He replaced Paul Van der Burgh, who became director of sales after only one month in the job.

Fleet’s move is part of a reshuffle that sees Van der Burgh leave Ford, with Morten Hannesbo replacing him as director of sales. It is understood that Ford is planning to make more changes in the marketing department. The company says some marketers will leave as part of its voluntary early retirement scheme.

Hood will oversee Ford’s &£79m advertising budget and relationship with its WPP Group-owned ad agency Ogilvy &amp; Mather. Hood is a former brand manager for the Ford Focus during the period when its launch was given to Young &amp; Rubicam, now also part of WPP, in 1998, before the account returned to O&M in its entirety in 2000 (MW November 23, 2000).

Alan Mitchell’s article on “no-frills” value brands (MW February 5) made many illuminating points but also raises a number of thorny issues for small to medium-sized companies trying to compete with the emerging big players. Take for instance the world of optics, where Specsavers has played a similar role to that of easyJet, Asda et […]

EMAP Performance is to test Kerrang! Radio in Manchester ahead of the next batch of available FM radio licences. The station will go on air on February 18 and will broadcast on 97.6 FM for the next month. EMAP will trial Kerrang! Radio, which plays classic and contemporary rock, on the restricted licence ahead of […]

Traditional mass-market car makers are being squeezed from above – by the likes of BMW – and below, by budget Far Eastern brands. By John Stones