Take a look – based on polling data from March, it forecast a Conservative share of 36.5 per cent of today’s vote, with Labour taking 31.9 per cent. The Liberal Democrats were on 20.6 per cent. That’s right – Cleggmania had yet to happen. The poll was taken before 15th April, the day of the first TV debate between the three party leaders.

Since then, the LibDems have enjoyed between 25 and 30 per cent of voting intentions, leading to forecasts of a hung Parliament and coalitions after the polls close today. If that proves to be the outcome, it will be one of the biggest shifts in British politics since 1997.

It will also prove something else – that conventional media retain their power to influence mass markets. Without those TV debates, it is doubtful whether the third party would have achieved this breakthrough with the electorate. And in a double triumph for classic media, it is conventional market research which has provided the headlines, not social media monitoring.

Ahead of the campaign, much was being made of the role social media would play in the wake of Barack Obama’s success harnessing it to his drive for the presidency. In the UK, some insights have been delivered into which issues have registered with voters and how they view leaders and their parties.

But to light up Twitter, you need something to happen. In this case, it was that debate. On other occasions, it has been earthquakes or political protests. In other words, social media are essentially reactive, rather than proactive. Yes, they can accelerate an issue quickly up the agenda, but equally they have no sustainable impetus. Go and look at where those TV debates are now on Twitter and you will find very little traffic.

All of this has important implications for the way parties seek to engage voters and especially how pollsters try to understand their intentions. The buzz ratings and trending charts have been an enjoyable addition to media coverage of this election. What they have been unable to demonstrate is what real voters will do when they reach the voting booth.

For all the slowness, cost and limited reach of classic market research polls, they are at least able to filter respondents. Anyone can Tweet, whether they are registered to vote or not and even without being resident in the UK. Until it is possible to screen feeds for their relevance, social media are just an interesting qualitative sideline. 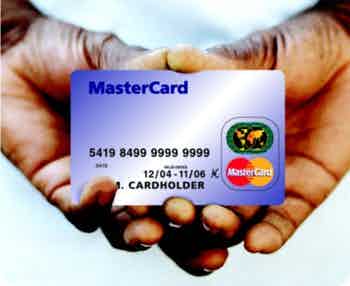 MasterCard has appointed former John Lewis marketing director Gill Barr to head up marketing for the UK and Ireland.

British Airways has launched a press campaign thanking customers for their patience with the brand during strike action. 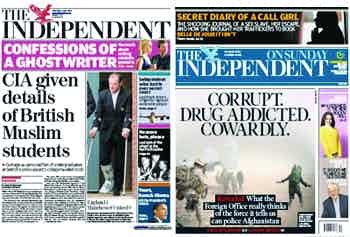 The Independent is planning a relaunch campaign in support of a redesign to be implemented by its new owner.