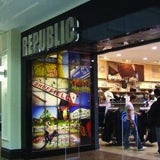 Andy Bond will become executive chairman of both companies and will invest his own money and offer management time in return for an equity stake.

Bond was chief executive at Asda for five years, after joining the company in 1994. He stepped down from the role and became the supermarket’s part time chairman in May, allowing chief operating officer Andy Clarke to step into the CEO role.

The fashion chain was bought by private equity group TPG for £300m in June last year.

Euro Garages is the UK’s second largest independent forecourt operator with 84 sites, mostly BP-branded, across the Midlands and the north of England. It employs 1,000 people and has an annual turnover of £275m.