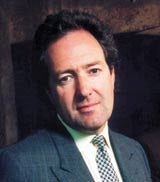 JWT is set to appoint Toby Hoare, the former chairman of Bates Europe, to replace chief executive Simon Bolton. Hoare, who is already based in JWT London’s offices, has been running Team HSBC since last year.

The announcement of his appointment, to be made later this week, comes days after Bolton said that he is stepping down from the agency after being at the helm of the WPP Group-owned shop since 2001.

He is still in negotiations over a new role within the JWT global network.

It is thought that other contenders for Bolton’s job included Jim Kelly, co-founder of Rainey Kelly Campbell Roalfe/Y&amp;R; JWT London’s recently appointed executive vice-president, director of multinational clients, David Lamb; and the agency’s global business director for Unilever, Carol Potter. Insiders also suggest that Kelly, who stepped down late last year from Y&amp;R, was offered the job twice but turned it down.

It is not clear when Hoare will take up his new role. He made a name for himself during a 14-year spell at Young &amp; Rubicam. His tenure came to an end when Y&amp;R acquired Rainey Kelly Campbell Roalfe in 2001.

He then moved to Bates as UK group chairman, before being promoted to Cordiant’s executive committee and later to chairman of Bates in Europe, the Middle East and Africa. Bates was taken over by WPP in 2003 and subsequently closed its doors.

At JWT London, Hoare will inherit an agency which recently lost the &£25m Persil business and failed to scoop the much-coveted British Airways and Sainsbury’s accounts this year.