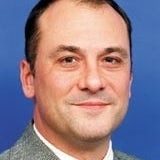 Smith, who was replaced by Amanda Mackenzie last November, left the utilities group without a job to go after his role was reduced from overseeing its marketing and advertising to strategy alone.

It is not clear whether he will continue in his role as the chairman of The Marketing Society, a two-year role he was appointed to last summer. His tenure formally comes to an end in April 2007. Smith was unavailable for comment.

In the new role as Accenture’s global managing director of Marketing Sciences, Smith will be responsible for media auditors Media Audits which sits within the 200-strong division. Accenture acquired Media Audits last November.

It is understood that Smith will report to the chief executive of Marketing Sciences, Jeffery Merrihue.

Having joined British Gas from Alliance &amp; Leicester in 2001, Smith’s previous roles include working for Sekonda Watches where he was managing director.

Accenture was formerly known as Andersen Consulting, a unit of accounting firm Andersen Worldwide (now Andersen). The two parted in 2001 after an international arbitrator settled an 11-year feud between the consulting business and its parent company over the share of profits. Andersen often used audit service pricing as a loss leader to gain consulting business, siphoning away profits from the consulting partners.

Renamed Accenture, the consultancy went public later that year and agreed to pay its former parent company $1bn (&£550m). The move was propitious for Accenture as Andersen later became engulfed in the Enron scandal.