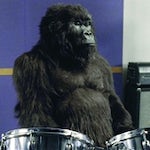 The news, which has been doing the rounds for months, is expected to be made official at a company meeting on 8 September.

Green will be stepping down as chairman and Flintham, who is currently on long-term leave from the agency, will be relinquishing his role as creative director to launch the new venture. Magnus Djaba, partner at the agency, has meanwhile been promoted to managing director, according to those close to the situation.

The three men collaborated on Dairy Milk’s immensely successful ’Gorilla’ campaign. Rumbol was Cadbury marketing director at the time of the campaign, but quit Cadbury this April after a reorganisation of the company following its acquisition by Kraft.

Fallon’s creative work on the ’Gorilla’ campaign was recognised with a Grand Prix win at the Cannes Lions in 2008.
Rumbol was first appointed Cadbury marketing director in 2006, but left the company to avoid relocating his family. Kraft was asking him to take up a Zurich-based senior position that would have overseen European operations.

Rumbol has also been connected to the the launch of the London office of Omnicom Group’s Goodby, Silverstein & Partners. The San Francisco-based agency currently runs a satellite office from London to service the Yahoo! account, but is understood to be looking for a London chief executive to run a full-fledged operation.

Following the success of the ’Gorilla’ ad, parent company Publicis Groupe shifted its £100m Cadbury business out of Fallon and into the Saatchi & Saatchi Fallon Group.

Fallon was set up in 1998 after the Minneapolis-based pitched for the £20m Lee Jeans pan-European account.

The agency secured the business and the UK office was set up by the TBWA Simons Palmer senior directors Robert Senior (currently the chief executive of Publicis Groupe’s mini group SSF) and Michael Wall (who quit in 2007 and is now running Lowe Worldwide), along with Laurence Green from Lowe Howard-Spink. Soon after, the London agency poached much-sought after creative directors Richard Flintham and Andy McLeod from BMP DDB as equal partners of Fallon McElligott UK, completing the senior management line-up.

Fallon was bought by Publicis in 2000. 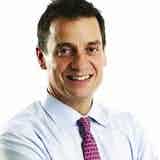 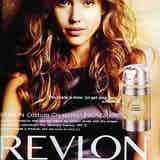 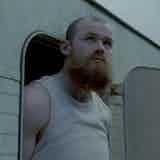 Sponsors including Nike, Coca-Cola and EA Sports seem likely to stick by brand ambassador Wayne Rooney despite tabloid allegations that he had sex with a prostitute while his wife Coleen was pregnant.