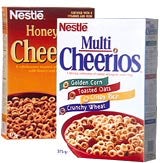 Brian Jacobs, the former managing director of Carat International, has been appointed by Universal McCann to the newly created position of executive vice-president and head of worldwide accounts.

Jacobs, who is currently on gardening leave, will start his new job in August.

Jacobs left Carat International in January this year. His departure is understood to have been prompted by a series of management changes, which followed the appointment of Jerry Buhlmann as chief executive.

McCarthy and Shaw will report to the regional director of Universal McCann’s EMEA division, Ben Langdon.

Langdon, who was previously chairman and chief executive of McCann-Erickson UK, took on the responsibility for McCann’s media network across Europe in December last year.