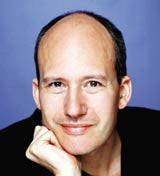 Former EMAP radio chief Tim Schoonmaker is expected to re-emerge in the radio industry this week, as submissions are revealed for the Swansea FM licence.

The ex-EMAP Performance chief executive is thought to be leading the bid for a foreign company that has not previously applied for a UK radio licence. He is expected to make an announcement later this week.

Schoonmaker has been away from the UK radio scene since quitting EMAP in January 2004, apparently after becoming frustrated at not being given a seat on the group’s board. Almost immediately he was linked with venture capitalist Advent International, which wanted to buy into the UK radio market (MW January 19, 2004).

Commercial licences have proved a lure to foreign investors, with US group Emmis Communications among the 19 competitors for the Manchester FM licence, which was awarded to GCap Media’s Xfm in June.

Schoonmaker had been credited with helping to make EMAP Radio the UK’s second-largest radio group, with a portfolio that includes Kiss, Magic and Kerrang!. He was the first to suggest putting radio on the Freeview digital television platform.

The Royal National Institute for the Deaf (RNID) has appointed Euro RSCG London to handle its &£4m UK advertising account as it plans a major campaign for later in the year. Euro RSCG London won the account earlier this week after pitching against Ogilvy &amp; Mather and JWT. The agency has been tasked with developing […]

The story that Heinz has suspended its marketing budgets while it absorbs HP has prompted all sorts of speculation about the end of broadcast media as we know it and evidence of recession (MW last week). And, as reported in Marketing Week’s leader, this is not the first time that Heinz has done this. Interesting […]

The Health and Safety Executive (HSE) is in talks with several direct marketing agencies about a project to reduce the number of injuries in the workplace. It is understood that COI Communications has issued the brief and will hold pitches at the end of the month. Earlier this year, the HSE – a public-sector body […]