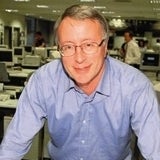 Former First Direct and HSBC marketing chief Peter Simpson has slammed the direct marketing industry for not living up to its potential.

But despite calling DM his “first love”, he says: “I do not believe it has evolved as fast as it should. DM has an inferiority complex that I don’t understand because it is a huge driver of sales.”

Simpson has spent 36 years in financial services, joining Midland Bank in 1970. He was involved in developing the strategy that led to the launch of First Direct in 1989, and became the bank’s commercial director in 1992.

Data Lateral is a 35-strong direct marketing and data specialist in Clerkenwell, London. Simpson has joined to build the business and says it is on the acquisition trail.

“Channels of communication have fragmented but marketers have lost sight of the individuals among all the data they collect.”