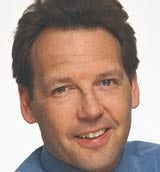 And in a further upheaval, long-serving managing director of sales Len Sanderson is resigning as part of a “wider restructure”.

The shake-ups at the paper began last week with the appointment of Martin Newland as editor, replacing Charles Moore.

Drayton was marketing director at the Telegraph until January 2000, when he handed the reins to Mark Dixon (MW January 13, 2000) and became managing director of Hollinger Telegraph New Media.

Sanderson has been at the newspaper for 18 years and holds a board position; he leaves at the end of the month. Telegraph Group man-aging editor Jeremy Deedes ann-ounced his own departure earlier this year, and will leave later this month.

Sanderson joined the Telegraph as advertising director in 1987 and was given a seat on the board in July 1993. He was the driving force behind a plan for the Telegraph sales team to contract ad sales for other publications, and did manage to bring The Business on board for a time. However, a plan to form a joint sales house with the Daily Mirror, to be called Apollo Sales, foundered last year (MW August 8, 2002).

BP is launching a premium fuel brand to rival Shell’s Optimax petrol, and is promoting it with a multi-million pound television campaign created by Ogilvy &amp; Mather. Called BP Ultimate, the brand was created by brand consultants Landor. The fuel is designed to burn better, thereby reducing emissions, increasing performance and reducing noise levels. It […]

The famous west front of St Paul’s Cathedral is controversially being offered up as a giant sponsorship hoarding, while the entire building is given a &£40m facelift to mark the cathedral’s 300th anniversary in 2008. St Paul’s – London’s symbol of faith and wartime obduracy – has commissioned Mega Profile to cover scaffolding erected while […]

Heart 106.2, owned by Chrysalis Radio, is launching a year-long taxi campaign – with the strapline ‘Escape to the right song, right now’Â- on October 15. It supports Heart’s latest TV campaign, which uses a similar strapline.