Fischer left his job as consumer and online marketing officer for the technology company in the UK in June and has since taken the top job at the Japanese firm, which makes the Final Fantasy and Dragon Quest games’ series.

It is not clear if Martin-Cruz replaced Fischer but he will also oversee the marketing of Mircosoft’s Windows, on-line and mobile consumer products and services. Martin-Cruz also has responsibility for Microsoft Advertising.

Prior to consumer and online oversight, Fischer was general manager of marketing at Microsoft.

Before joining the Windows maker, he had stints as vice president of entertainment marketing at Sega and at video games developer Namco, where he was director of marketing. 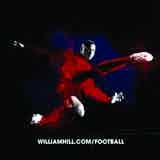 William Hill is launching a direct response television ad that will be accompanied by the Sex Pistols track, Pretty Vacant. 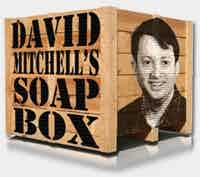 In the past five years, the men’s personal care space has expanded well beyond deodorants, shower gels and moisturisers, with make-up even making it onto some men’s shopping lists. According to Datamonitor analysts, 88 make-up products made for men were launched globally in 2009, compared with just three in 2005.