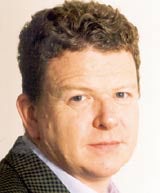 Ofcom has appointed former Starcom Motive vice-chairman David Connolly as the adjudicator responsible for ruling on disputes between the advertising community and the merged Carlton and Granada.

Connolly will rule on disputes arising out of the operation of the contract rights renewal (CRR) remedy that is being put in place to protect advertisers and their agencies in the wake of the merger. One of Connolly’s first tasks will be to attend an industry seminar on the CRR remedy, organised by Carlton and Granada in conjunction with the Independent Television Commission and Ofcom.

Connolly, a former sales negotiator with Scottish Television, will be based at Ofcom’s headquarters and take up the role on December 1, working three days a week.

He will operate independently of the regulator and all parties in the TV advertising market. His £100,000 salary will be paid by Ofcom, which will in turn be reimbursed by Carlton and Granada.

As adjudicator, Connolly’s decision will be final and binding on Carlton and Granada. Advertisers and media buyers, on the other hand, will have a right of appeal to Ofcom under certain circumstances and thereafter to the courts.

Connolly says: “I believe the breadth and depth of the protections are likely to ensure that disagreements are few. However, when I am asked to intervene, I will do so quickly and on the basis of the detailed facts presented by each party.”

Ofcom and the ITC are analysing responses to a joint consultation on the Airtime Sales Rules governing the UK television sales market. They are expected to publish their conclusions at the beginning of December.