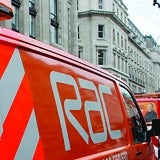 Hardy had previously said, when she stepped down from T-Mobile last year, that she was looking to move to another brand outside of the telecoms industry hoping to “transform” itself.

Aviva sold RAC to private equity group Carlyle in June last year as part of a broader strategy from the insurer to refocus on its core financial products. Aviva continues its marketing and promotional partnership with the RAC despite the sale.

Shortly after the deal was announced, the RAC appointed Rapier to handle its £7m advertising account, replacing Abbott Mead Vickers BBDO, to try to help the brand become “one of the most dynamic and modern service businesses in the UK”.

The RAC then moved to appoint customer engagement agency Occam to handle its data and direct marketing in September, as it looks to create more tailored customer communications.

Hardy is thought to be temporarily replacing former sales and marketing director David Tyers, who left the RAC in December without a job to go to. Prior to working with the RAC in November 2010, Tyers had held several marketing roles at Aviva and the AA.

An RAC spokesman said the organisation “would not be commenting” on the appointment.

Those with cash to spend appear to be the last consumers left standing, so what will it take for brands outside the luxury sector to appeal to them? The fact that luxury brands have continued to post extraordinary profits when an array of high street names have fallen like the proverbial house of cards is […] 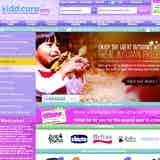 Morrisons has bought 10 of the 11 former Best Buy stores to drive the expansion of its Kiddicare baby stores. 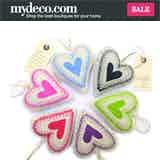 MyDeco CEO Nicole Vanderbilt has stepped down from her position just three months after the company relaunched as a direct ecommerce store. Read the full story here.