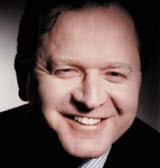 Tequila is part of TBWA/Worldwide and TBWA director of development Rod Wright is assuming Wass’s duties as international president and chief executive officer until a successor is found.

Wass says that while his departure was sudden, it was also “amicable”, and follows some months of discussion about the future role of the network.

“The next challenge for Tequila is developing in North America and for that it needs someone based over there full time, which wasn’t what I wanted to do.

Wass founded the agency in 1992 with Jane Asscher, now managing partner of consultancy 23red, and in 1996 began the creation of a worldwide network with the opening of an office in Singapore.

Tequila now has 44 offices in 31 countries and is one of the biggest direct marketing and integrated services groups in the world.

Wass spent about 90 per cent of his time working on international network business, and the remainder concentrating on Tequila/London.

TBWA is not commenting on Wass’s departure, but Jean-Marie Dru, president and chief executive of TBWA/Worldwide, issued a brief statement saying: “We wish Tom much success on his future endeavours and thank him for contributions.”