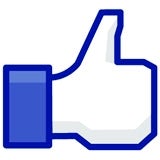 Brands have been key to Facebook’s success since it launched in Mark Zuckerbeg’s student digs eight years ago; advertising now accounts for 85% of all the social network’s revenue.

Here we round up four of the marketing challenges Facebook still faces when it comes to proving its worth to brands and users as well as its future shareholders.

Facebook still needs to dial up its mobile offering

Facebook’s S-1 filing reveals that 425 million monthly active members used its mobile products in December 2011 but despite Facebook being the most frequently downloaded app across all major smartphone platforms in the US, the site does not currently show ads or generate “any meaningful revenue” from its mobile products.

The filing reveals that this is soon to change as it prepares to introduce its Sponsored Stories ad format to users’ mobile news feeds.

Its mobile apps are set to be updated in the coming months to allow not only the Sponsored Stories format but potentially other rich media ads as Facebook looks to make a return on its mobile investment.

Most brands now have “mobile” firmly imprinted into their marketing strategies, but further mobile enhancements to Facebook will allow these advertisers to marry up this element of their campaigns to their social strategies. Mobile offers brands the opportunity to reach their audiences no matter where they are and target specifically by location.

Facebook could become the leader in what is anticipated to be the forthcoming “SoLoMo” (Social Local Mobile) revolution but it has many rivals, both big and small, it will need to overtake – or perhaps acquire – if it bids to rule this particular marketing uprising in the same way it has dominated the social space.

In the US, Facebook’s share of the online display market dwarfs its rivals. Its share grew 11% to 27.9% in 2011, compared to closest rival Yahoo’s 11%, according to comScore.

However, despite Facebook raking the majority of its $3.15bn advertising revenue from display, the going rates for such ads are still far cheaper than the average TV, press or radio slot.

While the evolution of digital will mean this gulf will begin to level out naturally, Facebook still has a job to do in convincing brands that advertising on its site will provide as a big return on investment and just as much noise as placing an ad during the X-Factor final.

Much of Facebook’s defence will rely on its own investment in analytics and measurement tools, which it suggests will increase in order to “evaluate, demonstrate and improve” the effectiveness of ad campaigns on Facebook.

It doesn’t just need to prove a strong metric for click-through rates, but also needs to prove that a consumers simply viewing ads still create enough buzz to be valuable. For many brands Facebook is still a side project to their larger above the line campaigns and the social network will no doubt be investing in its b2b marketing and sales strategy to ensure it becomes front of mind for every advertiser, not just those who naturally lean towards digital.

Facebook does not currently charge for its Pages, meaning anyone from Coca-Cola to the next-door neighbour’s cat can set up a public profile to connect with the Facebook community.

Brands with Facebook pages are encouraged to take out ads and Sponsored Stories to amplify their social campaigns.

However, many brands, including Coca-Cola, Disney, Starbucks, Red Bull and Converse already have tens of millions of Facebook fans, meaning messages and campaigns posted to their official pages can reach enough people equivalent to the population of a small country without needing to ever spend a penny.

They did their hard work in acquiring fans early, before Facebook really pushed its advertising products – perhaps to the social network’s cost.

The Like button is a valuable tool for marketers in terms of reach and also measurement of their audiences. Facebook may need to find a way to guarantee this precious marketing device has some sort of mandatory price tag attached to prevent early adopters taking advantage of the free ticket.

Facebook needs to cash in on its virtual currency

The sale of virtual goods is anticipated to generate $15bn (£9.5bn) in revenue by 2014, according to In-Stat, and it is a fair estimate to say that Facebook is likely to produce the bulk of this.

The use of Credits is currently almost exclusive to games but there are clues that this could be set to change. Facebook Social Apps launched last September launched last year, with brands from the Guardian to Spotify jumping on board to allow users to serendipitously share their interactions with their content. Last year also saw the introduction of F-commerce, allowing retailers to sell their goods via the Facebook platform using traditional credit/debit card payments.

The S-1 filing reveals that Facebook is planning to invest in its payments offerings to make the experience “as seamless and convenient as possible for users and platform developers”, which alludes to the idea that Credits could be open to brands beyond the gaming sector, allowing customers to buy their goods without needing to leave the social network.

Facebook admits that payment transactions on its platform could subject the site to regulatory requirements and other risks such as fraud that could be costly, but the windfall it is likely to receive following its IPO will no doubt cover this expenditure. 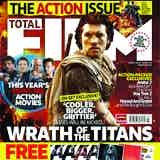 Future is looking to boost audiences for its entertainment division in the US following the appointment of Keith Walker to manage titles such as VG, Total Film and Edge. 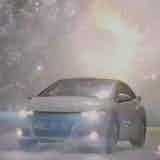