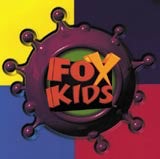 Fox Kids UK has promoted head of marketing Allan Stenhouse to marketing director with a brief to review the channel’s advertising arrangements.

The channel, which claims 1 million child viewers every week, has restructured its operations into two divisions, content and commercial, with the commercial division headed by Fox Kids UK deputy managing director Ian Finnegan, to whom Stenhouse will report.

Fox Kids has settled on a promotion-led strategy for its multi-million pound marketing budget – such as “watch-and-win” tie-ups with the Daily Express, where children watched the channel to match characters on gamecards – through promotion agency Triangle.

Stenhouse adds: “I will continue with this promotion-led strategy and will be reviewing it at the beginning of next year in the light of digital TV’s expansion.”

He will also take charge of audience and trade marketing for the channel and website, including advertising, promotion and public relations strategies, agency appointments and brand development.

Other appointments include Rachel Mabbs, who becomes marketing manager for strategic relationships with responsibility for brand promotions with third parties and publishing initiatives.