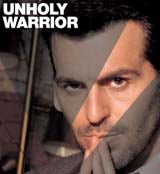 The campaign, worth &£1m, was only given the go-ahead by station bosses following consultation with members of London’s Muslim community and the Advertising Standards Association because of its “sensitive nature”. It has been created in-house, with media planning and buying by Walker Media.

Sleeper Cell, originally produced by Showtime in the US, is a dramatic thriller chronicling an FBI agent’s attempts to infiltrate an Al-Qaeda fundamentalist terror group planning an attack in LA. Featured straplines include: “America’s latest hero is a Muslim straight out of jail”; “Unholy Warrrior” and “Weapon of Mass Destruction”.

The campaign will include television spots, and press, outdoor and online advertising. FX will also launch its first direct-response push, through an SMS competition and text reminder service.