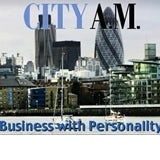 A decision on who will gain the licence to publish a new free London newspaper has sparked a fierce battle between publishers, but City AM’s Lawson Muncaster has put his reputation – and his money – behind the niche newspaper as the way forward in London. Mark Choueke reports

Inside the boardrooms of Associated Newspapers and News International, executives are devising battle plans for the fierce newspaper war about to break out in London. For some, survival could be at stake, but one London newspaper that will not be losing any sleep is City AM. 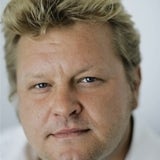 To look at Muncaster (pictured right), sitting in City AM’s chaotic London Bridge headquarters on a grey Friday morning, he seems more than ready for his first weekend at home in North Berwick near Edinburgh in 26 days. Sipping from three different drinks at once, Muncaster, known affectionately by some in the industry as “Awesome Lunchmeister” – not just for his love of long lunches but also for his ability to work a restaurant – says a war will benefit London’s newspaper readers. Many believe the nature of his product and the model of distribution he devised – initially mocked by those in the industry – mean he will not be dragged into any such conflict.

Associated’s London Evening Standard and free titles Evening Standard Lite and Metro are bracing themselves for the decision on a Transport for London (FfL) licence to distribute a new afternoon paper on the Tube at an estimated annual cost of &£10m. A decision is due this September.

With most large newspaper groups expressing an interest in the licence – even if some hesitated over the price – Evening Standard managing director and newspaper veteran Bert Hardy was already moving to protect his titles, investing in improvements to the main paper’s design and content since taking charge last September.

But suggestions that News International is readying a free afternoon title for the summer, regardless of the TfL decision, have put all rivals, especially those at Associated, on red alert. Nobody considering the launch of a free London newspaper will relish competing against Rupert Murdoch, and some think that may have been the reason why News International’s plans were leaked. As well as warding off rival activity, the ploy could also force London Mayor Ken Livingstone to cut his price.

Hardy’s team is certainly in for a bloody war and the Evening Standard’s future could depend on how shrewdly Associated sets up its chess pieces ahead of battle. Hardy, for all his experience of fighting newspaper wars, has appeared flustered in recent interviews, and has publicly questioned News International’s chances of making a profit. He said recently: “Why launch a free evening paper – which are in decline around the world – with no cover price revenue and in the world’s toughest ad market?”

Against such a stormy backdrop, Muncaster is chewing over City AM’s future. Only nine months old, the paper commands a readership of more than 100,000, and though April’s Audit Bureau of Circulations figure was recorded at 78,775, the circulation department says that last week, City AM distributed more than 80,000 each day with a high of 85,000. The advertising reflects the growing readership’s lifestyle, regularly featuring the likes of British Airways, Mercedes and Jaguar.

“It’s vital water-cooler information for people like me,” says Muncaster, who believes younger readers want to digest daily news in 20 minutes. “The Metro-mentality goes for the business community too. Our reader is intelligent, fickle and well paid. They average my age, 36, and like me have about 20 phone conversations and five face-to-face meetings every day. I don’t have time to read thousands of words. Even with sport, I only read results because that’s all I’ve time for. I love Glasgow Celtic so much that I’ll know all the team’s news before it hits the papers. But them apart, I haven’t the time.” 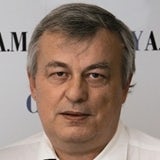 City AM had a &£10m launch war chest but Muncaster refuses to divulge how much of that was actually spent. He and Torpe (pictured left) each put in 25% of the funding and the rest was provided by three European entrepreneurs, friends of Muncaster’s from his Metro International days. “I’m the youngest of the group,” he says. “It’s incredible to work with people of such diverse expertise. Sometimes they find me too excitable. I see them roll their eyes when I talk.”

The Scot talks animatedly about how the newspaper is not just for young executives who do not want to buy the Financial Times. “I know at least one chief executive of a major bank who actually stops his car to get a copy every day,” he adds.

Muncaster says there is “no full stop” for City AM, which is set to reach profitability in year two – no mean feat considering Metro International aims for profitability in the third year for each of its launches. Along with plans to launch Wall Street AM in New York, Muncaster will not rule out other international launches or the roll-out of City AM to other UK business centres. On the digital side, City PM, the daily podcast service, has shot to the top of iTunes’ business podcast chart, beating those of BBC Radio 4, the FT, Wall Street Journal and Business Week. A two-week trial of a bluetooth podcast, enabling commuters to receive podcasts on their phones when they walk into railway stations on their way home, fits with City AM management’s intention to fulfil readers’ requirements.

Muncaster is careful not to criticise either the plans being made by News International or the response from Associated. “I don’t know what they’re doing so I can’t comment, but these are very clever, established publishers that don’t investigate possibilities if they see no merit,” he says.

What he does say, however, suggests hard times ahead for any new title. To launch a newspaper, he says, you need a product worth reading and a distribution model enabling its readership to access it. It is easier for City AM to reach a niche market that commutes into the City of London than a broad and general newspaper hoping to reach all of London and even stretch the boundaries of the city in search of new readers.

Muncaster says: “People ask if there’s room for more newspapers in the London ad market. Defining that market is a pretty thankless task, but if you launch a newspaper with original content and can get it to your defined readership when they want it, advertisers will come. We succeed because we’re a specialised product distributing in a small but dense geographical area. We couldn’t have succeeded in launching just another Metro to go up against Associated’s Metro.” Only time will tell but that could be a warning worth heeding for any new entrants to the market.