Last week it was revealed that BBC, Channel 4 and ITV have agreed to invest a reported £100m in in the Freeview Connect smart TV after paring back their investments in YouView, the service that was originally billed as “democratising TV for everyone” but has seen broadband providers and shareholders BT and TalkTalk tying customers into contracts and bundles in order to gain access.

Freeview Connected, currently still a working title for the new service, promises to be free from subscriptions and will be available to customers directly through their new TV sets – as well as via a set-top box. Freeview and partner Digital UK, which is leading the technical development, are currently negotiating with TV manufacturers to integrate functionality such as catch-up TV, backwards EPGs, search and apps in their forthcoming products using open technology standards, which should ensure its scale.

A timeframe has yet to be set on when the service will launch, but it is unlikely, given TV product development cycles, that it will roll out until next year.

Guy North, Freeview managing director, told Marketing Week: “We have an ambition to take the nation from the digital world we are in now into a connected world, in the same way Freeview took people from analogue to digital.

“I think this is a pivotal moment for Freeview and our brand. It’s a brilliant opportunity to get people to reappraise the brand and make people feel that it’s more contemporary.”

There are currently a number of smart TV services already on the market that Freeview Connected will be going up against – including Apple TV, Google Chromecast, Now TV, YouView and TV manufactures’ own internet-connected platforms – which North says can lead to a lot of consumer confusion.

He adds: “What Freeview can bring to this whole area is a degree of simplicity: an offer that’s easy to understand from a brand people trust, that will be at the heart of our offer and the Freeview Connected brand values and marketing.”

Freeview has been undertaking research into the new offering for the past nine months, one piece that suggested 59 per cent of people think having access to core catch-up players was important in choosing their TV provider. North says such research suggests Freeview is “pushing at an open door” in terms of demand for the new service.

The simplicity of the offer could also help sway consumers away from pay-TV over to Freeview, North claims, although he believes there is still room in the market for other free TV services, including Freesat and YouView.

More than 20 million households are connected to Freeview – making it the market leader – and its prompted brand awareness currently sits at 90 per cent and about 50 per cent for unprompted, according to North. But he says the company plans not to rest on its laurels and that it plans to use the new messages behind Freeview Connected to “take our advertising to the next level”.

Marketing plans have yet to be decided, but it is likely Freeview will continue to use the services of its long-standing creative agency Leo Burnett for the new proposition, North says.

Gill Hind, broadcast analyst at Enders Analysis, says the Freeview Connected service is “highly different” from other connected TV services such as Apple TV and Google Chromecast because it builds on what consumers “know and love” in the Freeview and public service broadcaster brands.

Freeview Connected’s success, she adds, will rest on how well it is marketed as the “next thing you need as standard” and how quickly it signs deals with major manufacturers to achieve scale in distribution. 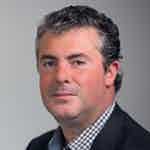 Advertisement feature Powerful marketing technology can help brands create great content but it is crucial to have the right people behind the scenes to deliver engaging conversations.