The ad, which aims to communicate the value of Freeview’s offering, is set to the theme music of 70s TV show The Professionals.

Other stars featuring in the ad include Duncan Bannatyne from Dragons’ Den and Location, Location presenters Kirsty Allsopp and Phil Spencer.

Postman Pat also features as a voiceover, telling viewers: “Get the best TV delivered to your door, without any bills”.

The ad, created by Beattie McGuiness Bungay, will be supported through-the-line with DM activity, point of sale and online with pre-roll ads and seeding to entertainment blogs and forums.

The TV ad breaks tonight (September 1) and will run nationally for one week on ITV1, Channel 4 and UKTV.

In April, Freeview launched a marketing campaign focusing on converting customers to its services as part of the digital switchover

Also created by Beattie McGuiness Bungay, the ads bore the slogan “why pay to view when you can Freeview”.

Prior to Freeview Hunt was the marketing director at the now defunct Project Kangaroo, the proposed video-on-demand joint venture between Channel 4, BBC Worldwide and ITV. 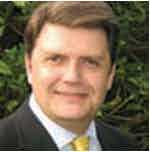 Market Location has introduced a new business profiling technique which applies Standard Occupational Classification codes to target organisations by job function. The system has been developed inhouse and integrates multiple sources of B2B data to generate a fresh insight into UK plc. Pinpoint SOC is intended to help improve the performance of B2B marketing activity […]