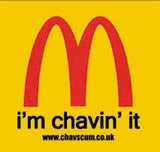 The total number of UK digital viewers has grown by 3.5 million in the past six months to 32.4 million – and Freeview, the free-to-air digital television service, has been the major factor in that growth.

According to new figures from BMRB’s six-monthly Audience Interaction Monitor (AIM), Freeview added an extra 3.4 million viewers in the six months to the end of April 2005 (an increase of more than 50 per cent), taking it to a total of 9.9 million.

However, not all of Freeview’s 3.4 million new viewers were digital “virgins”. Some dropped Sky Digital or cable and switched to Freeview, and many more added a Freeview box to their existing digital subscriptions, perhaps for use in another room – the average number of digital boxes per household is 1.16, according to BMRB.

The latest AIM found that 69 per cent of adults aged over 16 are now able to watch digital TV at home, making a total of 32.4 million. Of these, 52 per cent – or 16.8 million – have Sky subscriptions.

BMRB senior research executive Matt Laycock says: “Thirty-one per cent of digital viewers claim that they receive at least part of their digital viewing through Freeview – this figure only stood at 23 per cent six months ago.”

Laycock adds that while take-up of Freeview has soared, the numbers of viewers with personal video recorders (PVRs) or accessing interactive services has stayed relatively stable as a percentage of the total figure, but has risen significantly in real terms due to the rapid expansion of the market overall. Of the 2 million digital viewers who own a PVR, about 90 per cent use it to fast-forward through ad breaks.

About 75 per cent of digital viewers use the electronic programme guide, regardless of platform, making it the most popular interactive service.