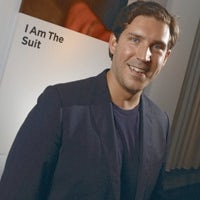 Marketing Week (MW): French Connection is perhaps best known for its FCUK slogan from the 1990s. Has this lost credibility?

Will Woodhams (WW): When I arrived [in 2009], my view was let’s get rid of FCUK and bring in a more premium message by concentrating on French Connection. As time goes by, you realise the FCUK thing is not quite an irrelevance, but you should not obsess over it. You should obsess about making the main brand as good as it could possibly be. However, FCUK sells a lot of boxer shorts in India and a lot of deodorant in Boots.

MW: What were the problems with perceptions of FCUK?

WW: It is terrible to admit, but I think it is something brands like [fashion retailer] All Saints are seeing now the image of people falling out of nightclubs, overweight men like me. We have to be aware that did happen. Now we have Angelina Jolie, Pippa Middleton and Kate Middleton wearing French Connection. That represents where we want to go.

MW: What has French Connection been trying to communicate with its recent TV advertising?

WW: In February last year, we started work on ’resetting’ the brand. Our recent TV ads were the natural conclusion of that. We had a 90-second spot during The X Factor and then ITV offered us the Rugby World Cup and gave us another 90-second spot.

We trended at number five on Twitter that weekend from The X Factor, which we have never done before. There was a lot of buzz. We have a very limited advertising budget so we have got to make it hit hard. We did ten 40-second spots after that. All our shop windows synched in and all our print advertising slotted into place to complement that ad. 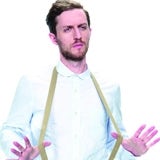 MW: What were you trying to change with the brand “reset”?

WW: I think people became comfortable with the brand and they did not necessarily think it was particularly cool. A lot of people were walking past our high street stores, and thought we were not doing anything very interesting or fashionable. This new advertising and the marketing strategy were about re-engaging those people, and younger consumers as well, who considered us to be for 25to 35-year-olds.

The other issue we had we found this with market research was that people were coming to us twice every six-month season to buy occasional wear if they had a wedding, a birthday, a Christmas or summer party. We have been trying to build a relationship with those people to drive them into store more often.

WW: We could say ABC1s, and 25 to 35 is our core customer base, but we have brands that fill the 30 to 45 category. We have just launched a brand called Tegan for the slightly older woman and own [mail order and online business] Toast. For French Connection, it is important that we keep a young feel. Those consumers are out there but it is about persuading them to buy into a more expensive product.

MW: What did you learn from market research into French Connection’s customers?

WW: We had not done any research at all previously. Research by agency Nunwood showed that we have a really broad customer base. Another thing we found was that people are not scared of walking into our stores, but they find a lot of our competitors a bit daunting.

The research also led us to adjust the imagery in our stores so it better fits in with our advertising campaigns.

MW: Are you a convert to market research?

WW: You cannot follow it religiously. The guys that do our ads did the Gorilla ad for Cadbury, and that tested really badly. But Cadbury ended up being sold for billions to Kraft, and you can see a line between Gorilla and the sale.

Another problem is that most consumers would feed back that prices should be cheaper, and that is not necessarily the answer to growing your brand.

MW: How is your pricing strategy different from that of your competition?

WW: On the high street, pretty much all of our competitors are on sale. We are not. We are using premium fabrics at a premium price point. We are being quite bullish in tough economic times. The high street in the UK is not fabulous in any respect, but we are standing our ground.

MW: So are sales up as a result of sticking with premium pricing?

WW: Yes, definitely. I think volume is an issue on the UK high street just by pure footfall, but our basket spend is going up. That is happening around the world. China has been fantastic for us. A lot of the luxury brands that piled into China are now getting nervous because the middle class is spending less on luxury goods, but we are in a strong position there as a bridge between cheap and luxury.

MW: What are your marketing priorities now you have completed the repositioning?

WW: The next element for us is to create some big PR buzz for 2012, whether it is an event or an experience. I think we need that in the business just to cement the work we have done over the past two years and keep us really fresh in consumers’ minds globally.

We also need to spread our message more in Europe and be more product focused. I think that is what consumers are looking for at the moment. They are not looking for too many bells and whistles in marketing. We have made a big brand impact and we have got to get back to clothes and talking about them.

French Connection began repositioning itself nearly two years ago, having lost its way after the initial success of the FCUK brand, developed by Trevor Beattie’s ad agency TBWA in 1997. According to director of marketing and PR Will Woodhams, it had become complacent, chasing the sales generated by this part of the business, leaving itself open to competitors stealing market share elsewhere. Since the repositioning, Woodhams is now aiming to bring younger customers to stores. He also wants to increase frequency of visits, after finding through research that people previously came in only around four times a year. French Connection is pushing its prices up on a high street where discounting and mid-season sales are now commonplace.

Did the FCUK campaign do more harm than good to the French Connection brand?

We have our 40th anniversary next year and if we brush over FCUK as if it did not happen, that would be naïve. It was a UK brand doing something globally with a good idea and making an impact. Maybe I am over-egging this, but if you think about the Nineties, it was probably one of the top 10 cultural phenomenons of fashion brands. Perhaps we should have downplayed it quicker, but if we look embarrassed about it, it looks like we do not have much faith in our own ability.

How do you design and manage your multichannel customer experience? Is marketing responsible for it?

We are trying to build our business and work with partners in online retailing, such as Asos and Very. We have been online a bit longer than most of our competitors, so people are aware of us. We have an online team and I will feed in marketing creative to them and they will work with that. We have a very transactional site the team will let me do a brand takeover for a couple of weeks a year, and that is great, but it is always going to impact sales.

Your social media strategy seems to be entirely broadcast based. Are there plans to change this to include engagement?

YouTique, our YouTube shopping channel where people could click the video to purchase items, created a conversation. We do communicate, but consumers say to us/ “Keep pushing that information about products because we want to know what is new and coming in.” If we put a picture of a celebrity up, we will have 100 Facebook ’likes’; if we put a photo of a new party dress up, we will have 350. It is very product-focused.bringing agency expertise to marketers. 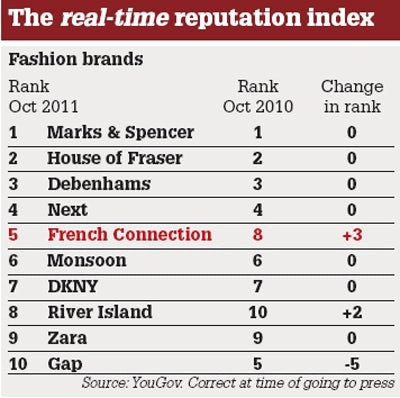 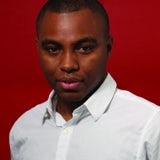 French Connection reported a 7% rise in revenues to £102.8m in its interim results last month and hailed its new marketing approach as a key driver.

The brand appointed 101 earlier this year, a creative strategy agency co-formed by Fallon partners and Cadbury executive Phil Rumbol, which has recently launched a series of ads under the “I am hero” banner.

The 90-second “I am the suit” creative ran during the Rugby World Cup and The X Factor and features an edgy soundtrack and images showcasing menswear.

According to the brand, this has injected a new theme of modernism into its creative strategy. It marks a reverse in fortunes for French Connection, which has suffered an identity crisis in recent years, as agencies struggled to move the branding on from its FCUK campaign.

The fashion label has resisted the urge to focus chiefly on digital as it looks to carefully rebuild the brand, executing a strategy that balances social media and interactive video shop YouTique with press and outdoor ads.

But the TV ad is still at the heart of the campaign. Epic ads are nothing new, but by buying a slice of prime-time TV for its latest ads, French Connection is creating an epic moment to start a new story.

To watch the ad go to www.MWlinks.co.uk/frenchconnection 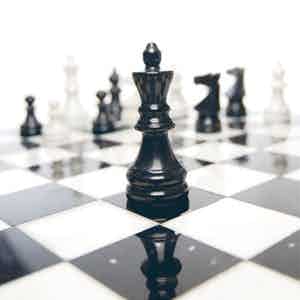 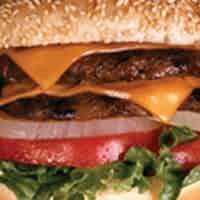 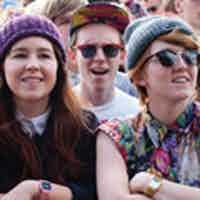