Atout France, is launching its biggest ever UK advertising campaign with the aim of re-establishing France as the UK’s favourite holiday destination and regaining visitors from European destinations, including Spain, Greece and Italy.

Tour operators are reporting a swing back to Spain as a popular destination with holiday-makers as the Euro has weakened against Sterling. In recent years destinations outside Europe, such as Turkey, have proven more attractive to mainstream holiday-makers on a budget.

The outdoor, online, social media and press campaign has the strapline ‘What’s your tour de France?’ And has been developed by Souk Response. The image has an ‘Instagram style ‘treatment and showcases the key themes of a French holiday – the great outdoors, food and drink, sports and activities, city breaks, culture and history.

Gwenaelle Maret-Delos, Director of Atout France UK and Ireland, says:   “For many years we have been advertising across each region, but the general France message sent to the consumer is not present and strong enough in their minds. We want to put France back on the tourism map, and reignite the old love affair between the UK and France.”

“Every ad shows different people’s holiday experiences, from family holidays in the sun, to a couple on a wine tasting tour. ‘Selfie’ pictures, accompanied by quirky comments, allow us to share individuals’ memories of their great holiday”, adds Gwenaelle Maret-Delos.

The campaign also has a dedicated website that will feature Atout France’s 55 partners, which include cultural organisations and commercial companies, such Brittany Ferries, DFDS Seaways, PO Ferries, CityJet, British Airways, Voyages Sncf and specialist tour-operators. The site will also allow users to create their perfect tour de France for their next holidays. 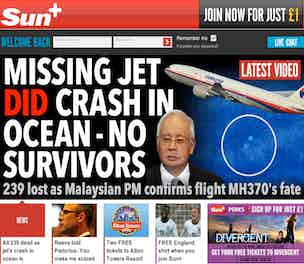 News UK is on the verge of signing a deal with a “prominent” research house and at least one other media owner outside the newspaper industry to commission a study it hopes will create a new universal tradeable metric to determine the success of advertising across platforms. 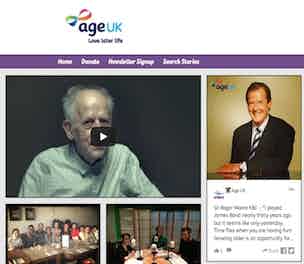 Age UK has launched a new marketing campaign with a ‘more positive and ambitious approach’ aimed at changing people’s attitudes towards ageing and getting them to celebrate later life.