“Lidl is like a French market filled with quality produce rather than plasma TVs or a Starbucks on aisle 10,” said Love, who actually worked at Lidl as a store manager back in 2006 before embarking on his career as a professional chef. “I’m going to develop Lidl’s Deluxe food and drink range, and make them the foodie’s choice.”

“This isn’t your typical celebrity endorsement, or throwing money at names that the consumer ultimately sees through, as Kevin used to work at Lidl and is genuinely passionate about the brand. He will be devoted to guiding our premium brand and leading more consumers to Lidl for culinary discovery.”

The chef will become Lidl’s first chef in residence, with the announcement in line with the discounter’s 2015 Easter TV campaign, which officially launches tomorrow (March 5).

Following on from the ‘Little food’ market ad, the ‘Little Pub’ ad is latest iteration of the Lidl Surprises series.

The 60-second launch ad was filmed at a gastro pub in North London. Presented with a menu void of prices, guests are asked to pay what they think the meal, cooked by Love and featuring Easter slow-cooked lamb, is worth, with their surprised reactions intended to showcase Lidl’s unexpected premium quality.

The hashtag #LidlSurprises is featured prominently and encourages customers to go online and share their experiences.

“Look we were hesitant about pursuing celebrity chef endorsement on our food offer as there were lots of offers,” added Pickhardt. “But this isn’t that at all. With Kevin’s history, this is an honest approach and won’t change the simplicity and quality of Lidl’s growing offer.”

Discounters Aldi and Lidl now account for more than 10% of all grocery sales, according to Nielsen figures, with a combined 10.7% market share. The rapid growth of the German discounters has resulted in sales declines across all the big-four supermarkets. 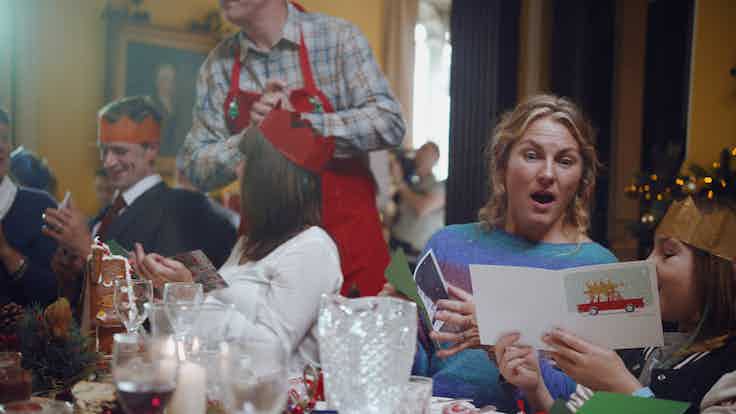