The hot tickets for London Fashion Week last week might have been for the likes of Burberry and Dolce and Gabbana but there was some growing intrigue created by some less than household names that have come from an unlikely fashion destination – China.

While the names Haiping Xie and Deng Hao have yet to command their own glossy fashion spreads, their shows still packed out the Vauxhall Fashion Scout hall.

The better known of the pair, Haiping Xie, put up a good fight to show that Chinese couture can hold its own against its more established European and American counterparts.

Xie served up a daydreamy mix of Oriental prints and modern cuts, being both fashion forward and respectful of his country’s heritage. Deng Hao offered a more regal and formal collection, featuring jewel colours of purple, cobalt, burgundy and emerald.

Both designers hail from the Chinese region of Shenzhen, whose growing clothing industry is brewing into a new global fashion hub. Shenzhen pieces were also on show in the neighbouring exhibition hall, featuring an array of pieces from Shenzhen-grown brands such as Sefon, Mymo, and Jones & Co.

The Shenzhen cohort has been exhibiting at London Fashion Week for the past four years to ever growing audiences, yet we’ve still to see the likes of Gwyneth Paltrow or Beyonce donning a Shenzhen made piece. It seems that the traditional situation of ‘made in China’ is still at odds with this new concept of ‘designed in China’.

Even after four years, cracking the design conscious, style savvy UK and European market is still proving to be a big task for Chinese brands, no matter how designer, haute couture and one off they are. Audiences are hard to win over and still see images of piles of knock off designer bags and sunglasses when they think of China.

After the catwalk show, I chatted  to Madam Shen Yong Fang, president of the Shenzhen Garment Industry Association, about the challenges the brands she represents faces. She says clothing from Shenzhen is making its way into big name retailers like Harvey Nichols and Harrods, but as part of a white-label partnership as opposed to the more ideal approach of branded distribution.

“The retailers recognise the quality of our products, but they want to buy the products and put their own brands on them,” she explained.

Rather than being disheartened, Madam Shen says the white label strategy will pave the way for the holy grail of branded distribution. Indeed, this is beginning to work in other sectors, such as in telecoms, where Chinese giant ZTE is gradually rolling out branded low cost smartphones after entering most of its markets outside China with a white label strategy; its products originally being branded by network operator brands such as Vodafone or T-Mobile.

But Madam Shen is not dillusional; acknowledging that it would be a good five to 10 years before Chinese fashion brands gain serious momentum with consumers outside Asia. Shenzhen-based brands that have gained a following in South-East Asia, such as Myteno, Lapargay, Ground Susan, Moreline, Marisfrolg and Yinger, will be the likely candidates for European and American popularity, she added.

Madam Shen also suggested that Chinese fashion brands might take a leaf out of the books of European brands looking to penetrate the Chinese market, using a strategy of collaboration with local brands – for example, partnering with a European fashion brand or designer to raise awareness in a way that isn’t too confronting for the audiences they are trying to reach.

Designer Haiping Xie was also taking questions after his catwalk show, and he said that while his brand’s strength was incorporating his heritage into his designs, it was also a challenge to communicate this to audiences.

“My last collection incorporated stories about China’s royal families going back some 300 years. The pattern of the dragons on the dresses, where and how they were used on the garments all followed rules according to this royal tradition,” he said.

“As for this year’s collection, although it contains traditional Chinese cultural elements too, I have incorporated them into a modern style. But without an understanding of this cultural and historical background, I can imagine it is hard for a Western audience to fully understand the collection.”

But like Madam Shen, Haiping Xie acknowledged that consumer perceptions of China would not change overnight, and that translating his success outside China would be a long term goal.

Despite their slow and steady view of their trajectory into Europe, Haiping Xie and his contemporaries need a strong injection of good old fashioned marketing – engaging more aggressively with retailers, magazines, social media and fashion bloggers. Certainly there is a ripe opportunity to reach out to eager fashion bloggers, and convincing some that they will be seen as brave and bold for adopting Chinese designers is surely a job worth doing.

I can understand the value and intent behind the slow and steady approach, but if Chinese fashion brands want to demonstrate they are capable of doing red carpet glamour or trendy seasonal pieces as good as the likes of Burberry or Dior, or even upmarket high street brands, they need to ramp the pace up to really captivate fashion lovers. 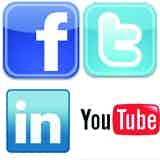 As more brands move the readers of their print magazines down a digital route by providing exclusive online content, Jo Roberts asks if the writing is on the wall for hard copy titles. 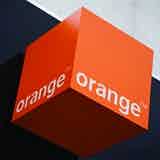 Everything Everywhere’s Orange network is being investigated by the telecoms watchdog following customer complaints that it uses misleading marketing and sales practices.