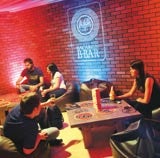 Alcoholic drinks may be included in the new labelling and signposting schemes aimed at helping consumers make healthier food choices, according to the Food Standards Agency (FSA).

Speaking at a Food International conference on consumer signposting last week, FSA director of consumer choice and dietary health Gill Fine said she “would not ruleÂout”ÂextendingÂany chosen signposting scheme to include alcohol. She said: “It will be a voluntary scheme in the first instance, but we will see where else it could be useful.”

Her comments came as the FSA launched it largest consumer research project on signposting and front-of-pack labelling. It is planning to interview more than 2,600 consumers about their views on the four potential schemes the agency hopes consumers will find easier to understand than existing systems. The schemes are a simple traffic light, a multiple traffic light and two systems based on guideline daily amounts.

The FSA hopes that the research will be completed by July. There will be a further consultation period, where the FSA will ask for guidance and look at the final issues to be addressed. The FSA aims to be ready to introduce a voluntary scheme by 2006.

A spokeswoman for the FSA says that the agency is still looking into signposting and front-of-pack labelling, but it has not got as far as seeing how it could be rolled out.

The Number, owner of the 118 118 directory service, has appointed Mark Horgan as chief executive. Previously he was retail sales operations director at MFI. He replaces Chris Moss, who will become European chairman.

Camelot doubts that government plans to give the public more say in where the lottery money for good causes goes will improve ticket sales. Phil Smith, Camelot’s commercial and operations director, says: “Good causes per se do not tend to drive sales up, but controversial causes can drive sales down,” he says. A new National […]

NTL is increasing the number of channels in its Base Pack entry-level package for television customers as it fights off the challenge of Freeview. The move is the latest indication that NTL and Telewest are preparing to merge – a step that is expected to be taken later this year. It will also bring NTL’s […]