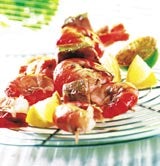 The Food Standards Agency (FSA) has insisted that it will continue to look into nutrient profiling, despite a second European parliamentary committee voting against the system, effectively pole-axing it.

A spokesman for the government agency maintains that so-called signposting systems were already in use or planned in a number of EU countries and that the proposal rejected by the European Parliament was not intended to prevent those schemes.

The Environment Committee is one of three looking at labelling and nutrient profiling at European level. Last month, the Industry Committee voted to scrap nutrient profiling from its agenda (MW March 24), following concerns over a lack of scientific evidence for the system.

The Incorporated Society of British Advertisers (ISBA) and the Food and Drink Federation (FDF), which represents manufacturers, are also known to oppose the scheme, which labels foods red, amber or green depending on their supposed healthiness. ISBA and the FDF believe the system to be too simplistic. Nutrient profiling is favoured by UK health lobby groups including the Food Commission.

An FSA spokeswoman says: “We are surprised at the rejection of nutrient profiling, which is considered important to protect consumers from misleading health claims. However, last week’s vote was just one part of the process. A number of proposals are still on the table and we await further discussions.”

WCRS has created an integrated advertising campaign for high street bank Abbey, its first work since winning the account in March. The campaign, which will break on May 2, will have the new tagline ‘Abbey. More ideas for your money’.

British Film Magazine, a title aimed at both consumers and the film industry and published by Excellence In Media, launches this week with a sales target of 50,000 copies.