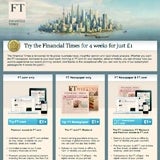 The FT Group recently introduced its own FT Web app and broke with selling apps via the Apple store. It says that at the end of September there had been over 790,000 users of the FT web app with mobile devices now accounting for 20% of FT.com traffic and more than 15% of new subscriptions.

The group says that while economic uncertainty “contributed to tougher conditions for advertising” in the third quarter, advertising revenues were broadly level after nine months.

The figures are part of parent company Pearson’s nine month interim trading update. Pearson’s education divisions show underlying growth for the period but Penguin’s sales stayed flat. However, ebook sales more than doubled in the first nine months of the year to help offset the fall off in physical book sales.

Overall group operating profit was up 13% year on year for the nine months.

Pearson chief executive Marjorie Scardino says: “The world economy is neither simple nor helpful this year, but we are producing another good year for Pearson. Our mix of markets and services, as well as our ability to invest and to implement, has given us competitive strength that makes us confident of that. We can’t count on the trading environment to get any easier any time soon, but we do expect our durability and our innovation to continue to help us succeed.”

The company’s share price rose slightly on the back of the results. 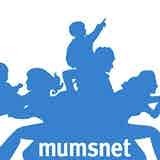 Sony is set to split its television arm into three divisions in a bid to turnaround the loss making business. 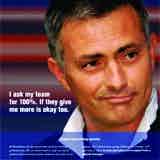