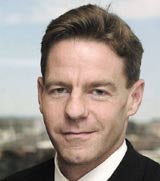 Leonard was appointed FT managing director for Europe, the Middle East and Africa in July last year (MW July 17, 2003). He joins The Cloud as chief operating officer in the autumn.

He began his FT career five years ago, working on the newspaper’s internet services, and rose to chief operating officer of FT.com. In March 2002, he was appointed UK managing director for the online and print operations in a management restructure.

The FT gave Leonard the newly created EMEA managing director’s role at the same time as it axed the position of director of global marketing and content sales, held by Gordon Willoughby. Gill Hart was appointed to the new position of EMEA marketing director, reporting to Leonard.

The Cloud installs and manages public-access wireless networks in locations such as coffee shops, bookshops and hotels. Its business clients include Intel and Ericsson and it is owned by Inspired Broadcast Networks, a provider of digital entertainment and broadband services to consumers outside the home.