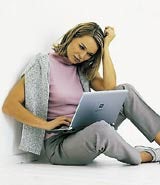 Fujitsu Siemens has appointed Garry Owen to the post of head of enterprise marketing as part of a restructure in its UK operation.

Owen previously held the position of head of enterprise business product management for Europe, the Middle East and Asia at IT rival Dell, which he left in February.

He is the second senior marketer to leave Dell for Fujitsu in the past year. Dell’s UK marketing director Nick Eades left at the end of last year (MW December 12, 2002), and joined Fujitsu Siemens in March as director of marketing for the UK.

Owen will report to Eades, and his appointment follows the latter’s decision to split the Fujitsu Siemens UK marketing team into three separate divisions.

Eades himself handles marketing communications, while Owen’s enterprise marketing division will oversee the server and storage side of the business.

Owen says the new structure of Fujitsu Siemens’ marketing team will allow it to “do the simple things well”.