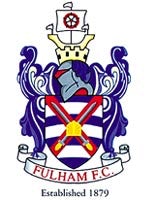 Fulham Football Club, which has secured a lucrative spot in the Premier League next season, will unveil plans tomorrow (Thursday) for a major overhaul of the club’s image.

The West London club, which struggled in the lower leagues for decades until it was bought by businessman Mohamed Fayed, has aspirations to be a “Euro-brand”.

It is understood that there will be changes to the club’s badge, which it shares with the London Borough of Hammersmith and Fulham, for “legal” and “logistical” reasons. A new shirt sponsor will also be announced.

Fayed believes the club is already good enough to win the league and qualify for Europe in its first season in the top flight, bringing exposure across the continent.

Fulham managing director Michael Fiddy referred to the club’s brand values in a fanzine on April 26.

He says: “[Being promoted to the Premiership] will be a testing period for everyone involved, but the club will stay true to its brand values.”

A former chairman of the supporters’ club, who does not wish to be named, says: “Using the term ‘brand values’ was striking, because it’s marketing speak and so removed from the supporters’ vocabulary.

“Die-hard traditionalists may be up in arms about the changes to the badge, but unless Fayed has got his face emblazoned on it, I can’t see them getting too upset.”