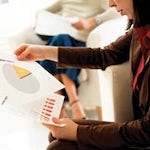 A poll on the social media site revealed that whilst consumer and advertiser opinion is split regarding just how effective different types of adverts are, advertisers and their audiences do tend to agree on what types of ad are most and least persuasive.

The vast majority of advertisers said they are confident about their ads, with typically 8 or 9 out of ten believing in the effectiveness of their work. However, when asked what types of ads they felt they were likely to remember, consider the product or buy the brand, consumers were significantly more reluctant to suggest that they were likely to be swayed by advertising.

Despite this, while the public tends to be cynical about ad effectiveness, advertisers and their audiences do tend to agree on what types of ad are most effective and least effective.

Ads that give new information are ranked joint second by the public and joint third by advertisers. ‘Old fashioned’ benefit illustration advertising, showing how the product works or how it will benefit the consumer, is less in favour with advertisers ranked fifth but still much appreciated by consumers who rank them joint second.

However, male and female attitudes towards this differ, with women more likely to agree strongly on their effectiveness (15%) than men (9%). For many products and purchases this type of advertising clearly has an important role still to play.

Consumers regard TV as the medium in which they are most likely to see ads that are repeated too many times (63% selecting TV over radio 22%, online 8% and print 7%).