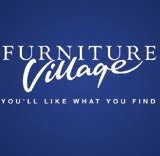 Furniture Village director of marketing Andrew Hickling has quit the retail chain half way through a review of its &£7m advertising account.

The review is now being overseen by head of marketing Kevin Boast, who returned to the upmarket furniture retailer last week after a three-year gap during which he was retail operations director at Multiyork. Boast was previously marketing controller at Furniture Village.

It is understood that Hickling, who joined Furniture Village last year from Courts where he was marketing controller, is planning to set up his own marketing consultancy.

Advertising agency incumbent Golly Slater has been invited to repitch for the Furniture Village account along with five other agencies.

Last year the furniture retailer used the agency Clear to advertise its new upmarket retail brand, the London Furniture Company. It has plans to roll out the concept to a further five sites. The Furniture Village brand trades from more than 30 sites.

The recent boom in consumer spending and the home makeovers trend has boosted the furniture market. It is attracting new players such as BO Concept and Ethan Allen, as well as established retailers such as Marks &amp; Spencer.