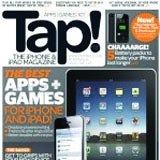 Stevie Spring, Future CEO, says its “micro-investment” strategy, including investment in apps for its print publications, has helped boost performance.

“Areas where we have invested, such as digital and customer publishing, are where we’re seen most growth, but don’t write print off. Future is brilliant at being customer centric and delivering content in the format they want it,” she adds.

Future is launching a new print publication tomorrow (25 November) called Tap! covering Apple and its iPhone, iPod and iPad devices. Tap! will also be available online and as an iPhone app.

The publisher says it has also moved away from operating aggregator sites using external content and returned to a “narrow and deep” focus on creating its own content.

Spring says the firm is “back on track” after an “exceptionally tough 2009” but remains cautious about the year ahead.