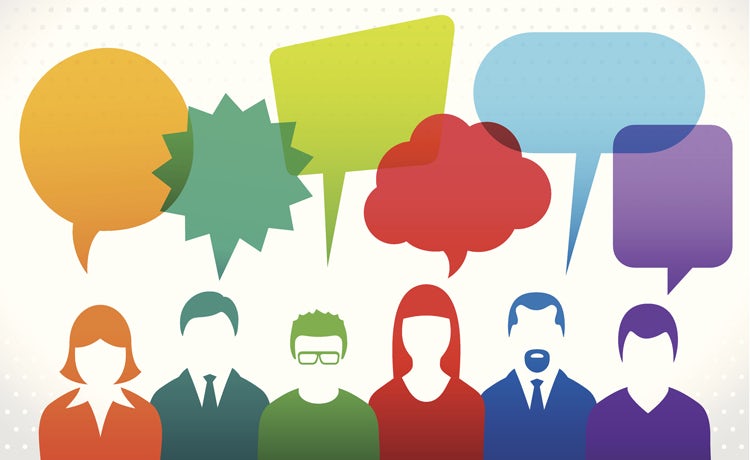 Brands are now using sophisticated techniques to exploit the market research potential of social media, whether that be linking people’s interests to purchase behaviour or gaining wider insight from the conversations, posts, complaints and compliments people post.

Yet there are also challenges. The rise of image-based posts poses a threat to brands being able to identify when something is being said about them, metrics differ across platforms and social feeds are jam-packed with distracting content.

Despite this, many brands are already benefiting from social insight. In addition, many are realising that analysing social media data has moved beyond a narcissistic obsession with keeping an eye on what is said about the brand to other strategic uses, even forming the basis for segmenting markets.

There are many ways that social media is being used beyond tracking brand sentiment, including as an opportunity to steal market share from competitors, testing creative and finding influencers who are unaware they have influence and are not paid to be advocates.

Paid influencers are beginning to lose credibility, according to SodaStream’s global digital manager, Itai Bichler. The fizzy drinks machine brand seeks to learn from advocates and ambassadors, working with social media monitoring company Meltwater, to understand how people experience the product and how they perceive its communications.

But these advocates need to be genuine and Bichler believes there is a better way to find influencers than paying them to endorse the brand. He says: “Paid influencers are starting to be like advertising banners – it’s contaminated and consumers acknowledge when an influencer is being paid.”

L’Oréal signed up five influencers to create its own ‘beauty squad’ last year, in a move that UK general manager Adrien Koskas hopes will “shift the industry towards something that is more genuine”.

“I’ve discovered that there are many organic ways to reach out to influencers who don’t know they are influencers,” he says. “I have found celebrities posting about SodaStream without a cent being delivered and when you have opportunities like that it’s priceless.”

Bichler, meanwhile, says it is better to find “people that are in love with your brand” even if they have a smaller following than paid-for influencers. “If you reach them and acknowledge them in a world where loyalty and retention is so important, these small gestures for people who have been kind to you is a good way to go,” he advises.

Reaching beyond a target audience

Social media insight can give brands competitive advantage if they are open to looking beyond what people are saying about them and use it to gather information about buying needs and habits.

“By really drilling down into social data, you can use it to understand and predict consumers’ buying habits and brand preferences,” according to Starcount chief data scientist Clive Humby, one of the founders of Tesco-owned data company Dunnhumby, writing in Marketing Week recently.

He says social data “is behavioural rather than attitudinal, making it very useful for highlighting customer groups that brands may not have previously considered, along with their differing motivations for shopping”.

The Post Office used social data to check out competition in the travel money market for its summer campaign. Working with Crimson Hexagon, the brand wanted to see who followed competitors and what these followers’ interests were. It then shaped a content strategy around the insight.

It’s important to talk to customer segments that aren’t already close to us.

The brand also looked at sharing metrics to see which competitors have the greatest share of voice and dig deeper into what those brands said and what was the most relevant and engaging content.

“It’s about changing perceptions of us as a brand; it’s important to talk to customer segments that aren’t already close to us,” says Darren Jones, social media lead at the Post Office. “We are getting them to consider the Post Office and see how easy it is to get travel money with us.”

A shift in perception was the aim for Yorkshire Building Society too. It worked with Oracle to find conversations it could have with potential customers – but this required a review of its language.

“Terms such as ‘mortgage’ and ‘savings’ are not used as often as we might think – people are talking about ‘homes’ and ‘aspirations’,” says head of social at Yorkshire Building Society (YBS) Group, Richard Bassinder. “[We changed] the language on our social campaign to focus on aspirations and what ‘home’ means.”

Bassinder says it is important to “think beyond your immediate industry competitors” because people consume social media posts in a feed and “not necessarily by coming to your page, so they will feel the content next to who they follow on social, be it friends or other companies”.

The building society ran a Minecraft video game event for children where they told the brand what home means to them and created snippets from that day for its social feed to explain what the brand is doing.

He says: “[We] try to see how a building society or any financial services company can cut through that space and that’s why we try to be more engaging with content, so doing things like [the Minecraft event] is something you might not expect from a building society.”

Brands need advertising campaigns to resonate, so increasingly want creative to be current. Social listening, therefore, is being used more and more to test creative and adapt campaigns accordingly.

Mondelez International, which owns the Cadbury and Oreo brands, believes the old days of measuring ‘likes’ is over. It uses social media to judge creative and measure its effect by looking at view-through rates, working with Sysomos.

“Were they greater with a 10-second or 30-second video, or is it better to use a still image?” says Pollyanna Ward, digital and social media manager, biscuits at Mondelez. “If you know a certain piece of content is hooking people in and getting them through – if on YouTube, for example, it is getting them past that five-second ‘skip ad’ moment – then you know you have done well in that area.”

But Ward warns that differing metrics from each social platform can be a challenge. She says: “We get one piece of data on Facebook, but you are comparing metrics that are based on three seconds, 50% in view with sound off within a really crowded feed versus Snapchat with a one-second view but it’s full screen with the sound on.”

“You might get one piece of insight from one platform but then we still have to go back to the creative and see how we can repurpose it for each platform,” she adds.

In January, Procter & Gamble’s chief brand officer Marc Pritchard called for the industry to join efforts to improve areas such as viewability, ad fraud and measurement in digital advertising.

Despite this, the data from social and online research can “often prove or disprove a hypothesis in terms of planning and creative direction,” according to Gary Andrews, social media editor at Direct Line Group.

He cites the example of planning the social for the brand’s ‘Guaranteed Hire Car’ campaign, where it undertook extensive social listening and discovered a vital point.

Andrews says: “In online conversations, our audience didn’t always understand the difference between a hire car or a courtesy car, [which] helped to shape the social content for the campaign, as we were able to hone in on a number of key messages from TV ads and produce relevant creative for distinct audiences on Facebook.”

He adds that it is “worth noting” that the data that informs social activations is not limited to social platforms. “Undertaking social listening using social and analytics platforms ahead of social campaigns often proves that insights originate in online communities and forums before moving onto social platforms.”

Using social media for insight will continue to develop and evolve. Brands that simply use it to see what is said about their products and services will miss out on a wealth of insight and opportunity. 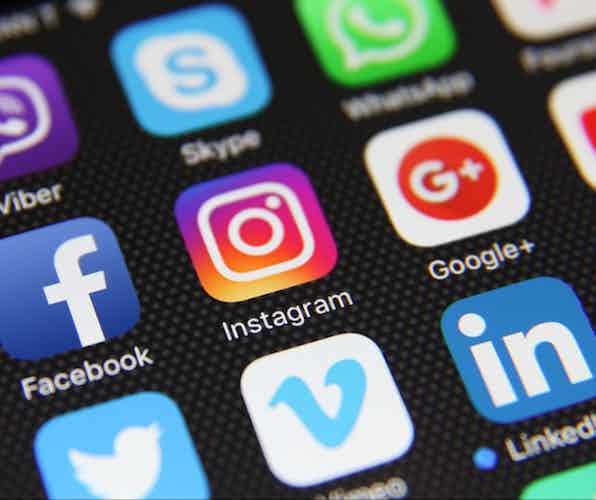 Brands don’t realise the depth of insight available on social media, and that social platforms are a window onto purchase behaviour as well as what people like to talk about. 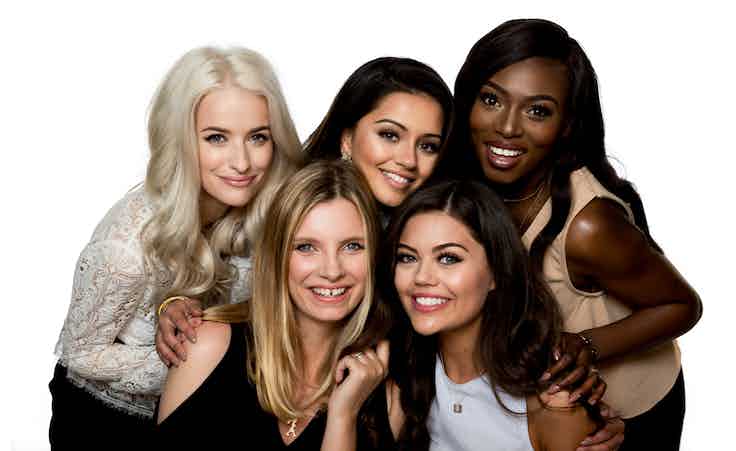 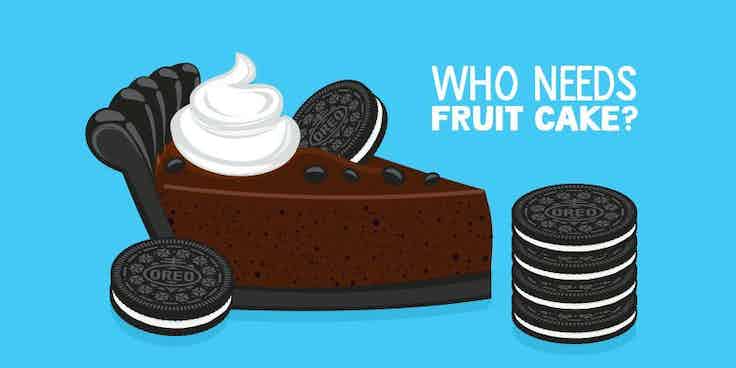 Brands and agencies are developing ‘visual listening’ techniques to better understand the sentiment expressed in emojis and gifs.