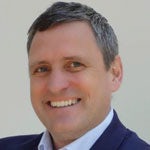 In a display ad market worth an estimated £1.3bn in the UK, according to the latest ad spend results released by IAB UK/PwC, viewability is on the minds of every brand marketer and media company. Industry bodies, marketers and agencies all agree that viewability is critically important to brands for the simple reason that ads need to be seen to be effective.

The question becomes even more complex with regards to video advertising. Considered a subset of the display market by the IAB UK/PwC study, the video ad market has increased 46 per cent in the last year to £160m. As with TV ads, brands and their agencies want to know if consumers are engaged by the video ads they see, and indeed if they are being seen at all.

Collectively, the industry is now tackling the issue head on for all of display, including video. IAB UK has formed a cross-industry group of experts from the buy and sell side to review viewable impressions and discuss the opportunities and challenges this issue presents. The impetus for the UK discussions is Making Measurement Make Sense (3MS), an industry-wide initiative in the US calling for a number of substantive improvements in digital media measurement to complement planning, buying and evaluating in a cross-platform world.

These and other standards are important for us all. As George W Ivie, executive director and chief executive of the MRC, says: “As the industry moves closer to transacting on viewability-related measurements, accredited services such as VideoHub assume an even more important role in helping buyers and sellers understand campaign performance effectiveness.”

Given these dynamics, now is the time for all interested parties to heed the rallying cry. Additionally, with time-shifted viewing becoming more prevalent and with new content distributors gaining significant ground we have an amazing opportunity to shape the future of our industry and help all stakeholders succeed.

Here again, video advertising is one of the fastest-growing sectors in advertising. Digital video ad budgets are estimated to hit £225m in 2014 according to the IAB UK/PwC study. This astonishing pace of growth is occurring as TV becomes ‘unboxed’, that is to say, as content is being watched across multiple devices.

As we work to grow this marketplace, viewability standards can help us avoid pitfalls in the non-video display market. As many Marketing Week readers are aware, display has suffered from an oversupply of ad units and cluttered website pages that in no way serve the needs of advertisers. As a result, publishers’ margins have significantly declined and advertisers are not getting the engagement that they are paying for.

But herein lies the crux of the problem. In the UK, many broadcasters do not use third-party video player-ad interface definition (VPAID) tags on their websites. Without these tags, companies such as Tremor Video and our media clients cannot measure the viewability of digital video ads. A senior executive at a major media agency recently pointed out the inability to measure viewability of video ads running on some broadcast extensions and major sites such as YouTube. As we move toward a buying model based on viewable impressions, broadcasters in particular will undoubtedly have to consider this. Otherwise, they do themselves a disservice as other publishers become more transparent.

In the words of Andy Labbett, business director at media concern Mindshare: “Viewability is key in our decision-making process. Without complete transparency it’s difficult for us to measure real success. It seems the bigger you are in the online space the less likely you are to play ball. The challenge for agencies is how to persuade our clients to invest more of their budgets into the online video space if we’re unable to offer them the viewability metrics they need.”

Media agencies are beginning to measure viewability across all publishers that accept VPAID tags. Through our enterprise solution, VideoHub for Advertisers (VHA), media teams can access advanced analytics and measurement tools across their media buy, including our eQ score. Standing for effective quality, eQ score allows a media team to compare the quality of inventory and calculate an effective cost per thousand across a number of publisher sites and networks, by measuring viewability, video player size and completion rate. The eQ product is still new in the UK market, but it’s proving its worth.

Mark Syal, head of media at Essence Digital, puts it this way: “With the cost premiums that video advertising demands, advertisers need to know that the impactful ads they are paying for have actually been seen. Everyone is aware this is a big issue, especially as budgets increase in areas other than traditional broadcaster video on demand (VOD). We’re fortunate to be partnering with Tremor Video, which is suggesting how video can be measured in a dynamic fashion and providing a methodology for doing so.”

No single company can solve the viewability issue on its own. That’s why a comprehensive dialogue among all stakeholders is so important. And as companies such as Tremor Video continue to innovate, we urge broadcasters to adopt the VPAID tags so that they too can play a part. 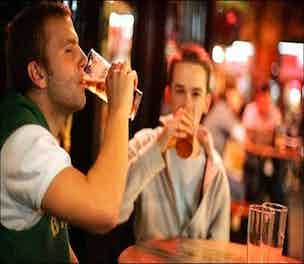 PR, blogs and any other content beyond the remit of the Advertising Standards Authority will now be regulated by industry body the Portman Group after it expanded its code of practice. 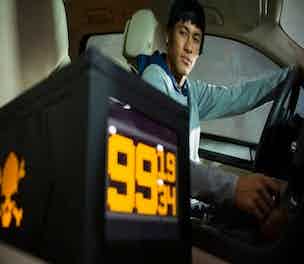