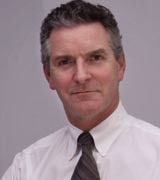 Richard Sowerby, one of the founding directors of Gala Bingo, is to step down from his role as group sales and marketing director.

Sowerby became a director following a management buy-in of the company from Bass eight years ago,

Sowerby, a former advertising executive, is retiring from the company and will also be giving up his seat on Gala’s board.

Gala marketing director Kate Howe will take over the group marketing role, although she will not have a seat on the board.

Sowerby spent more than 20 years in the advertising industry working with brands that included Coca-Cola, Burger King, Heinz and Guinness. He held senior roles at agencies including JWT, Young &amp; Rubicam, DDB, DMB&amp;B and McCann Erickson, where he was an executive director.

In 1997, he led the &£279m management buy-in of the bingo operator with John Kelly, who is now the company chairman. The deal was backed by venture capitalists PPM Ventures (MW January 8, 1998).

As Gala’s chief marketer, Sowerby was quick to take advantage of changes in the law to launch national ad campaigns, and took the Gala brand into casinos when it purchased the Ladbrokes chain from Hilton Group in 2000. It has a marketing budget of &£35m a year.

Last year, it appointed Vallance Carruthers Coleman Priest to handle its advertising account. The media planning and buying is through Mediavest Manchester (MW July 7, 2005). Although he is retiring from front-line business, Sowerby says he will consider non-executive board roles at other companies, but not in the gambling sector.