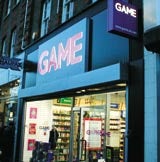 Game, which claims to be UK’s largest specialist games agency, is in talks with a number of undisclosed creative agencies over its &£1.25m advertising account. The discussions are believed to be at an early stage.

It is not known if Game has an incumbent advertising agency. Media planning and buying is handled through MJ Media, which is not thought to be affected by the creative pitch.

The &£6m revamp was implemented as EB believed the Game brand was simpler, more generic and more suitable for use in foreign markets. It was also expected to lead to less duplication in marketing work, while individual EB and Game brand managers were axed.

Almost 200 of the 300-plus stores were rebranded from Electronics Boutique as Game. The group now has 400 stores across UK and Ireland, with further networks in Europe.

The company has previously shunned advertising in favour of direct mail. EB has a customer database of millions, generated from loyalty and reward schemes.

MediaVest Manchester is handling the UK tranche of the multi-million pound global launch of Bratz Rock Angelz dolls. Bratz Rock Angelz is planned as a major assault on the fashion dolls market this year for MGA Entertainment, owner of the Bratz brand, with several companies coming together to license the brand for various products. The […]

JC Decaux is appealing against a â¬10m (Â£6.7m) fine imposed by the French competition commission for failing to meet conditions designed to stop the group abusing its dominant position.

Chris White’s tenure at the helm of NestlÃ© Rowntree, already eventful, culminated in the sudden departure of marketing director Neil Ducray last week. White claimed he would re-invigorate NestlÃ© within two years, so how is he fairing 18 months